Back in 1992, I was a prepubescent pre-teenager whose life revolved around sporadic trips to the local arcades and at-home mastery of whatever Nintendo games I could get my hands on. I stuck mainly with fighting games, because those were the ones that earned a player a local sense of fame and recognition within the arcade culture. At the time, I was becoming bored with the most popular game, Street Fighter 2, and my stints at the arcade were becoming less and less frequent. But along came a game that ushered us back into the local arcade and changed the entire community there.

Many players, including myself, were content to simply watch this game for hours. Weird pop quarters in every now and then to take a stab at it ourselves. The real fun came from watching others play and simply taking in the scene. Without giving too much of this paper away, the game was Mortal Kombat. It was created by Midway Games and strengthened the booming arcade business at the time.

What happened between these two moments in time is a string of video game sequels, two movies, a TV show, and a ton of other merchandising surrounding the Mortal Kombat universe. From the games I have mastered, it was a developing joyride, a hectic progression influenced by specific factors of technology, culture, and business.

The Mortal Kombat design team was comprised of four important members: Ed Boon, John Tobias, Dan Forden, and John Vogel. These four have controlled production of all games published in the Mortal Kombat universe. Tobias and Boon were the co-creators of Mortal Kombat. They were the brains behind the story, the characters, the meat of the games. Forden was in charge of music and sound, while Vogel focused on backgrounds.

Their personalities come out through interviews and especially through subtle tidbits hidden throughout the games. For example, as a gag, Tobias and Boon turned their names around to create Noob Saibot, a secret character hidden in Mortal Kombat 2 who later became a playable part of the story line.

It all started with the original Mortal Kombat. On some levels it followed the standard model for fighting games. First, it felt obligated to have a crude story line so that you learned something interesting when you won. In this case, a four-armed monster (Goro) and a sorcerer named Shang Tsung were about to win the Mortal Kombat tournament for the tenth consecutive time, thus dooming the earth. Players must save the day by controlling one of seven fighters, each with their own personal reasons for competing in the tournament.

Second, you compete against either the computer or another human with the goal of beating the snot out of them. Specific motions with the joystick allow for special moves that do more damage to the opponent. Third, games are divided into rounds, and the first to capture two of these rounds is the winner. Winners get to continue playing until they lose.

However, subtle deviations from this mold transformed Mortal Kombat into a blockbuster. On the technology side, it strayed from cartoons and polygons by using real actors. The movements of the actors were caught on camera and digitized to give the game a tremendous sense of realism. As for culturally driven changes, Tobias and Boon recognized the violence that existed in American television, movies, and on the streets.

They utilized this aspect to create the defining elements in Mortal Kombat games: blood, fatalities, and more blood. Spouts of blood fly with every spear that hits, every punch that lands, and especially after a player has won two rounds. At that point, the words Finish Him flash across the screen, accompanied by the tough and heartless pronunciation.

The victor has several seconds to perform a very specific set of movements that, if accomplished, murder the opponent in a rush of gore. For instance, Sub-Zero had one of the most popular fatalities. He would walk up to the stunned opponent, grab their hair, and sever their head from their body. He would then turn to face his human audience, lifting the severed head as a trophy, revealing the dangling spinal cord that was still attached.

Understanding that play control and fighting technique were not the big pull for their game, the developers didn’t waste too much time perfecting these elements. They further broke the mold by using a specific button to block rather than holding the joystick away from the opponent, but players didn’t really care. They wanted to see blood, watch fatalities, and learn how to perform fatalities.

The developers never predicted their creation would be so popular, a surprise that caught them up in elements of design that they had never experienced before.

The first problems that arose connected both business and culture. Due to its arcade success, it was an easy business decision to port Mortal Kombat to console systems, the important ones at the time being the Super Nintendo and the Sega Genesis. Parents and the media didnít appreciate the violence that filled Mortal Kombat, and they were outraged that it would now be invading their homes.

Nintendo responded by transforming the blood into white sweat and toning down the fatalities. Sega made blood and gore available through a code in its version. Not surprisingly, the Genesis sold millions more copies. Nintendo learned its lesson and never tried to pull any censoring stunts like that again. The developers took these attacks and successes in stride, adapting them into another blockbuster: Mortal Kombat 2.

Technology didn’t play a major role in the transition from Mortal Kombat to Mortal Kombat 2. The graphics and sound increased minimally, but no major changes were made to the look and feel of the game.  Culture and business, on the other hand, shaped the evolution of Mortal Kombat 2.

Primarily, more characters, more secrets, and a larger story line were added to immerse more players in the series and open the door for several possible sequels. It was revealed that Shang Tsung (the evil sorcerer from the original) was actually second in command behind Shao Kahn. This made Shang Tsung playable, along with six other new characters, and tied directly to the key difference between Mortal Kombat and Mortal Kombat 2: the blood and  fatalities were increased to appeal to players, while the violence was made less realistic to soothe parents and the media.

The first place this is evident is in the new characters. The majority of them are non-human. They are still portrayed by actors, but make-up and effects make them seem more fantastic. Also, the backgrounds are less gritty and realistic. They are excessive and colorful, with pits of slime, trees with faces, and incredible creatures moving around. The story line explains this by claiming that the combatants are now fighting in Shao Kahnís realm (Outworld).

In addition, the blood flows more profusely than ever, and characters have at least two fatalities, as opposed to one in Mortal Kombat, as well as several stage fatalities. Strangely enough, babalities and friendships can also be performed in place of a fatality. Babalities turn your opponent into a baby, while friendships enact comical events like Shang Tsung creating a rainbow or Johnny Cage signing an autograph.

Since these routines involve not using a punch button during the round you are victorious, some see them as an embarrassing taunt, but they are more than that. One of the major Freudian defense mechanisms for dealing with disturbing incidents is to turn them into a joke. That is exactly what the babalities and friendships do. They make light of the violence and in a subtle way make Mortal Kombat 2 more acceptable in society.

Gamers took immediately to Mortal Kombat 2, and it was ported intact to the Super Nintendo and Sega Genesis. To this day, many (including myself) consider it the best game in the series. Unfortunately, that acclaim only got the developers into trouble.  Greedy business led to failure of the third installment in the Mortal Kombat saga.

The story line and new characters exploded to draw in players. The blood and fatalities increased, adding animalities to the recipe. Animalities turned your character into an animal that somehow mauled the opponent. But the animal animations were rushed, discolored, and hand-drawn. They were more fantasy for parents, but too fantastic for players.

Also, a contemporary blockbuster fighting game called Killer Instinct had used large combos (unblockable combinations of hits) to suck in players. From a business standpoint, this seemed like a feature that was necessary in Mortal Kombat 3, so a Run button and simple combos became a major part of the play control. This wreaked havoc, especially for players who missed the simplicity of the original and the realism of its fatalities.

Mortal Kombat Trilogy was an attempt to combine all of the previous games to exploit the new power of next-generation console systems like Play Station and Nintendo. The only major addition was brutalities. Brutalities were ripped off from Killer Instincts ultimate combos, where you would simply beat your opponent to death.

Mortal Kombat Trilogy was not released in arcades and was not received very well!

But now we have release date for the new Mortal Kombat XL and Kombat Pack 2 for PC: October 4th!

Hello, fellow readers! If you want to get in touch with us and participate in our discussion boards, make sure you visit our Forums. We are more than sure you will find something useful there! The forum is new, so be among the first ones to say Hello!
Tags
mortal kombat 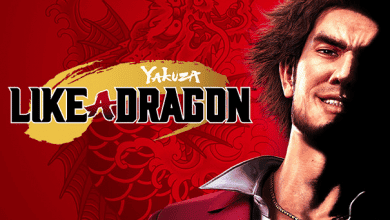 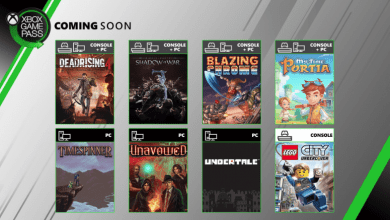