You have to love these kinds of games… Battle Islands: Commanders is a beautiful strategy card game. Are you going to be able to put down your opponent? You’ll have to try and see…

Battle Islands is still in Early Access on Steam. This game comes for free, and you can download it at any time. I’d suggest doing that right now while it’s still in early access. Battle Islands: Commanders game has been developed by DR Studios and published by 505 Games.

What you need to do is master your opponents in a Major WWII battle. Even though most of the people in the reviews on Steam are getting mad at the game, I’d say it’s a decent game to cool off your mind while playing some WWII fights using your cards. All the hate must be gone right now if you ask me. It’s a game where you use a different kind of cards which consist of different type of soldiers, tanks, airplanes… we’ll take a look on those a little bit later.

Without taking close note on the Steam review about Battle Islands Commanders, I’d say that the graphic quality for this kind of game is acceptable. At first look, the graphic review should look very simple. One single graphic particle is covered as much as it’s possible to the real world. Well, keep in mind that we are talking about a GAME so that nothing can look that much realistic. It’s a lot more different than BattleField 1 or any other MONSTER game of course and cannot cope with that kind of caliber. Keep in mind that it’s made by DR Studios and you should respect that. Let’s move forward. That’s all we can review about it until now.

I have a feeling to explain to this review, that Battle Islands Commanders lacks a little bit on this. Not the quality of the sound, but the quantity of it. You got only one song that repeats over and over again while on the main menu. However, the quality of it seems to be nice. About the in-game sound. Ofc, it’s the same sound for every single effect, and there are lots of them. But there might be an update because this game is still in Early Access and they might add more different things to the sound. At last, I can just say it’s decent.

From normal training game to battling against other human opponents across the world. Make your commanders and soldiers work hard. Let’s see what DR Studios said about it.

Dominate the Battlefield! From the creators of the popular WWII strategy game, Battle Islands, comes an explosive head to head combat game with a huge variation of battlefield units.

Take part in major WWII battles in Battle Islands: Commanders, from North Africa to the Eastern Front! Master the art of war against real opponents from around the world to reap the spoils of war.

Build your army and launch an offensive now!

What do you need to do?

You will be needed to build an army, different types of soldiers and get out on the island prepared all the way up to your teeth. You need to find the missing units in the crates and apply them as they get stronger, which is your job in first place.

Also, your job is to take down 1 or both of the barracks and finally destroy the ship.

At first look, the reality of the game might be a little bit unrealistic. Why? Tanks are avoiding each other. One tank is pushing the other tank without noticing him while being shot from and shooters destroying tanks… I might say that this is not that good and the devs need to work around this. What I do know, is that we speak about a game and in the games, everything is possible. While the balancing is not proper and the matchmaking is giving you a lot stronger opponents, this might be a reason of the early access itself. Sometimes you might be able to find a lot stronger opponent than you, a lot stronger regarding got stronger cards than yours, which might make you mad.

Winning games and opening them can make you stronger while using them to apply the upgrades on your units. Those crates contain a lot of resources when it comes to boosting your cards, and that’s the only way that will make you move forward. Therefore, you must win games.

Let’s review the cards and their rarity.

Before a match, you’ll get eight available cards, and each one of them carries different weight regarding soldiers, tanks, airplanes (even though we are not there yet), flamethrowers, bazooka soldiers… you will get the chance to see them below.

Each card has its rarity:

Also, Each card has it’s own deployment cost.

Getting your battalion stronger is the only way to win because in that way you’ll get stronger. So, you’ll get different ones which are the central part of the game. Stronger the cards are, stronger your army will be in-game. Let’s see how that looks (picture below). Picking them up in the healthiest possible way in Commanders is the right choice every single time, and you might need different types of offense so you might want to choose different ones, not the same kind of them. As you open others, you will get them as reserves, and you can swap them to your active ones at any time.

Battle Islands: Commanders is a game that should bring you a lot of fun and if you're a stressful guy and needs a relaxation, this is your game.

Angel Kicevski Follow on Twitter November 6, 2016Last Updated: July 15, 2022
0 4 minutes read
Facebook Twitter LinkedIn Pinterest Reddit Telegram
Facebook Twitter LinkedIn Pinterest Reddit Telegram
Hello, fellow readers! If you want to get in touch with us and participate in our discussion boards, make sure you visit our Forums. We are more than sure you will find something useful there! The forum is new, so be among the first ones to say Hello!
If you are a video game developer and you have a submission to make, you can mail us at team@futuregamereleases.com 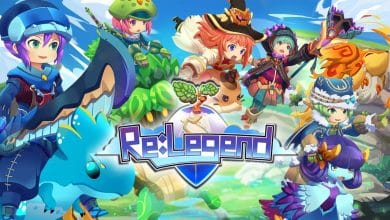 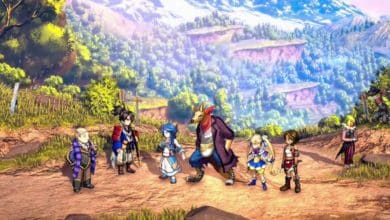 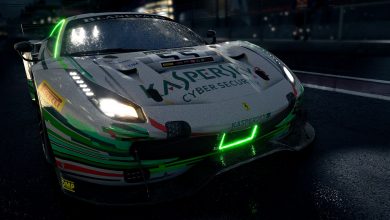