After the announcement of Dota 2 Patch 7.00, I went on the Dota 2 Test Client to check the update and look how Monkey King looks… However, as I was writing this article the update just came through. Enough speaking about that, let’s start explaining why Monkey King seems Really OP at this moment.

Monkey King seems really strong at the moment. Well, this should not be surprising since Dota 2 is always doing the same when there is a new hero that’s coming out. The damage he deals is very high. You can pretty much crash every single enemy in the early game, literally. It doesn’t matter if you play mid, safe lane, or offlane. You just need to activate your Jingu Mastery passive by hitting the same enemy for 4 times and then, unleash the power of your Boundless Strike. It’s that simple.

Let’s see what kind of spells Monkey King owns and why is he so OP actually.

Monkey King enlarges his stuff, actually, he enlarges the stuff by a lot (this is one thing that’s missing in the description) and slams it on the ground while stunning enemies in the line. Also, (this is really interesting, it hits a critical strike based on his attack having in that period. You can see the stun duration as the spell is leveled up and the Crit Multiplier, god, 200%? I mean, is this normal? 🙂 This is why he’s really OP! Why is the crit multiplier not divided with the spell levels? Icefrog knows that probably, but I doubt we’ll get the answers from him.

So, given the crit chance together with the Jingu Mastery spell is really annoying. You can pretty much one shot people at the early game. You will actually see why this spell needs to be nerfed right now, right now when the update has not yet applied.

Tree Dance allows you jump on a tree and chill on it while giving you vision and chance to jump on another tree in range. When he’s standing on the tree, his third spell activates, Primal Spring, which allows him to perform a leap attack. However, the bad part is if Monkey King’s tree is destroyed he can fall down and stun himself for 4 seconds. This why I do not like this spell that much. Also, if you take damage you are not able to perform the jump and get away. So, there is the reason why you need to be careful when using this skill.

As we said above, he can perform a leap from the trees on the ground while damaging and slowing down enemies. The slow duration is active for 4 seconds after the slam. However, this spell has its own calculation according to the channel duration. The more you channel the spell, the more damage and slow amounts you deal. The distance of Primal Spring is 1000 units. You think this spell is not OP? Well, I think it’s op when you use it together with your ultimate, I mean, that’s what you want to do. Right?

And there it is! Jingu Mastery, one of the most broken spells Monkey King has at the moment. It’s not that OP if the first spell is nerfed. Boundless Strike should be nerfed because it’s really really annoying. With the power of Jingu Mastery, Boundless Strike can demolish people. Like, imagine if you play with a friend in a lane that has a stun spell and allows you to get the extra damage that Jingu Mastery offers. Jingu mastery applies only when hitting enemy heroes. So, after the fourth hit you gain 4 hits with extra damage, a big percentage of lifesteal, and you have the first spell to use which means you will crit the hell out of the enemy players.

Is this still normal for you? The Early to Mid game transition can be pretty much the end of the game.

While it’s not that big of a deal this can be used to have a lot of fun in the game. Just tried it and you can even change the shape into aegis too. That was really funny. He’s changing the shape using the environment nearby. However, his disguise breaks if he’s getting attacked.

Monkey a Circle of Monkeys, daaaaa. One of the most funny and OP ultimates ever. While doing that there is a really good sound running in the background. If the King leaves the area the monkeys will be gone. The most annoying thing is that they attack with the same damage the King is and also, Monkey King and his soldiers (the monkeys around) receive bonus damage for the spell’s duration. So the actual damage is not enough, we must add bonus damage for the spell’s duration.

I just wanted to post the Talent Tree so the article will be full. Imagine getting the 20 ATT Speed, 275 Health, 40+ Damage, 100% Boundless Strike Crit… Jesus. However, you cannot rely on the talents because if you fail in early game it’s going to be a lot harder for you to get all of them.

The OP Thing I talk about

We are not speaking about a broken hero, we are speaking about a brand new hero that will make people go mad. It’s only matter of time when is it going to be nerfed. I cannot see any good game with this hero inside. After all of the facts given above, just imagine what is going to happen if you jump on a tree, jump down from a tree, use ultimate, boost your 4 stacks, and hit your first spell on the players gathering them as much as you can. No? It’s not OP? Then there is something wrong with you :). I am not going to say anything about the additional stats we can get by upgrading the Talent Tree on this hero.

Tell us what do you think about this in the comments section down below and do not forget to Subscribe.

Heroes Of The Storm: Varian And Ragnaros Abilities 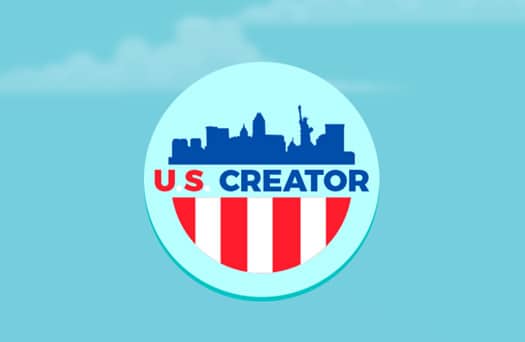 US Creator Is The First Puzzle Mobile Game With Day, Night And Weather Cycle Features That Will Keep You Awake For Hours, Here Is Everything You Need To Know