As we always try and experiment with new builds in every single game, this build just came through. After the Dota 2 7.00 update, we know that Ember Spirit had its own tweaks. Ember Spirit Ultimate has been reworked and rescaled to 100/150/300. Also, Ember Spirit Talents have a Talent Tree that should give a crazy boost to this build. Let’s just preview this Ember Spirit New 7.00 Build and see if it’s legit or not.

Ember Spirit New 7.00 Build, VoD is the item to go

I know everyone knows how to play Ember Spirit and Battle Fury is a must. You can still go for the battle fury, but since we are talking about Magical Damage build, we are not going to build it.

Now let me ask you, have you ever tried Ember Spirit with Veil Of Discord? I can pretty much tell you it’s really strong early-to-mid game. I hope this guide, build guide, call it however you want, will bring a lot of Wins to every single Ember Spirit lover. So, let’s start from the beginning. This time we will start with the talents so we can post how is it going to look in late game.

I know that this build does not rely on damage, let’s make that clear. This build goes towards magical damage using Ember’s Searing Chains and Flame Guard. These two spells can do a lot of Magical Damage and that’s why you need to get the Veil of Discord. Let’s just preview both of those spells.

Searing Chains is a nice ability that deals Magical damage. However, it doesn’t Pierce spell immunity and it is easily dispellable. With this build we will rely on that and using the Sleight of Fist as a help to deploy them successfully. By deploying Searing Chains successfully on two enemy heroes, you will give your team the chance to get a kill on them really easy. The Duration on max level is  seconds. However, with the 25 level talent you can make it last 5 seconds. This is what we aim for since this is a magical build. Even though this build might give you an early gg, it might give you the chance to win in late game too.

So, with this spell, Ember Spirit can deal a lot of damage as you can see the picture above. Moving forward…

Flame Guard is a Magic absorption ability. If you can see in the picture below, it also deals a lot of damage per second, and it can work in addition with Radiance too. The damage does stack and with the Veil of Discord it might deal a lot of damage. This is what we aim for going toward mid-game, late-game.

So, Flame Guard also deals Magic Damage to enemies and does not Pierce Spell Immunity. The Duration is about 20 seconds at full level and The Damage Radius is 400. It also absorbs magical damage by 50/200/350/500  at highest level. The Damage per second is 30/40/50/60 at highest level. Just like the Radiance. Getting the Radiance in mid game is a must. In addition to the Flame Guard it will give 60 more burn damage which is going to make it 120. Just imagine how much damage is that together with the Searing Chains, Flame Guard and Also Veil of Discord. This is the item you want to have in this build. I always prefer to get the Radiance first instead of the Octarine Core. Octarine core is easier to get after the Radiance because with the Radiance you can farm a lot easier.

Now, it’s time to see what the New Ember 7.00 Build can make and how much damage it can deal with the full Build. In that order, I made a gif animation with two AI Axe against me. They do not have items but they have level 25. You can see the animation below. You can see that with the shown talents from above, you can pretty much hold enemy players stuck with the Searing Chains on them. While the time they are Rooted, Ember Spirit’s Searing Chains can just come up online again, deploying it again on the enemy heroes. In order to get this early game advantage, you need to make the game count by making the VoD and start killing enemies around the map.

Instead of the Black King Bar you can get Manta or maybe a Heart of Tarrasque. Getting BKB or Manta will make you avoid some of the disables and it will grant you a lot more mobility in team fights. It will help against silence too. Otherwise I’d say go for HoT and get that Extra Survivability item. In this way, you can survive team fights a lot more. Since we got all the needed items, this is pretty much the whole build. It should not go all the way to late game, but if it does, you have the needed Idea. With this build you can be a farm machine all around the map. Just as in the picture above, BoT, OC, VoD, Blink Dagger, Radiance, and the last item to get is totally up to you.

Update 1.1: Getting the Blade Mail

Let’s get real, I’ve been watching some players getting the Blade Mail item. Do not focus on getting items just as the pro players do. We know and totally agree the pro players the best builds ever, but keep in mind that they know what they’re doing. Blade mail is a really good item which is going to boost your armor and also reflect damage to the attacker. But keep in mind that you know how to use it and when. Getting the Blade Mail just because you’ve seen some players using it doesn’t need to mean it’s going to work for you too.

They know when to use it and when to buy it. The game has become all about the levels and talents, so you better build up your gameplay around that. The itemization should be made according the enemy heroes. Build up what you need in order to boost your mmr more effectively.

Try it and tell us what you think in the comments down below. If there is anything missing I will make an update to this article ASAP.

Art of War: Red Tides Review, Worth a Try 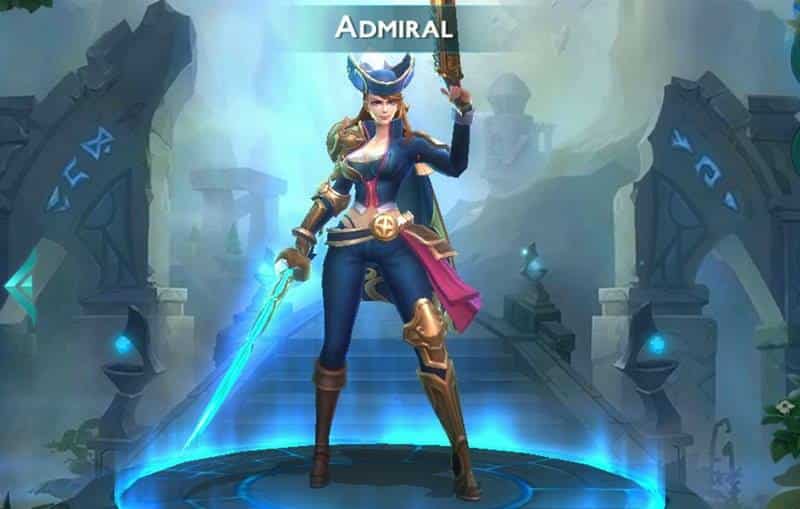