Heroes Evolved is scheduled for release in January 2017 and will be available in free to play section on Steam. This is a client based game focused on real-time strategy and arena combat. There are two teams in the game, who are defending the high ground and battle for a win. Whoever destroys the base first, it’s the winner.

So far, Heroes Evolved is with 3 game modes, Matchmaking, Custom and Co-op. I’m saying so far, because the developers are looking forward to new updates and making the game even better. In Matchmaking Games you can play solo or with a team and you will be facing against opponents with similar skills. Playing this mode and hopefully winning, you can earn a Rank. As you are leveling up, earning gold and experience, you will start from Bronze, then Silver, Gold, Diamond, Master and at last, the King Rank. In Custom Games, you can create lobbies and invite your ally or enemies. If you think you need more practice, feel free and visit the Co-op mode and master your skills.

More than 75 unique characters with their own fighting style are waiting to eliminate enemies in battle. You can find three different classes, Strength, Agility and Intelligence, in which you can choose melee, range, nuker, durable, disabler, ganker, carry or pusher heroes. Stay with us, because the best build guides for Heroes Evolved are coming soon.

Heroes Evolved was first launched in SA, China, Malaysia and Vietnam. Now, it is coming on Steam. I really hope, R2 Games are going to host another great tournament like the one in November 2016, with $60.000 prize for the best team. Congrats to the winner! As far as I know, there will be a tournament with $600.000 cash prize, but I will update this article as soon as I have official info.

Hello, fellow readers! If you want to get in touch with us and participate in our discussion boards, make sure you visit our Forums. We are more than sure you will find something useful there, as most of the news are coming in there first. The forum is new, so be among the first ones to say Hello!
Tags
Heroes Evolved R2 Games 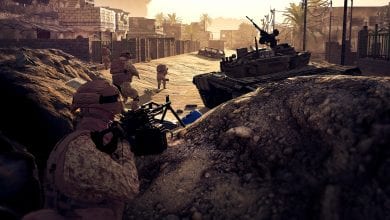