The new awaited update for Skyrim Special Edition has been released for PC. As it was announced on Bethesda’s website, this update should include stability and improvements around the game’s performance. This should also fix a problem where slow time effects were not behaving properly.

It is finally going to include a better support for the 144hz displays. There was a small issue when players were not able to log into Bethesda.net and this update will fix that too.While everyone thinks it’s small update, we personally do think that there are even more fixes that only these four. Tell us what do you think in the comment sections down below.

Hello, fellow readers! If you want to get in touch with us and participate in our discussion boards, make sure you visit our Forums. We are more than sure you will find something useful there! The forum is new, so be among the first ones to say Hello!
Tags
bethesda skyrim special edition Update 1.3

My Summer Car: Drunk Driver In Green Car Takes The Player Home With The New Update 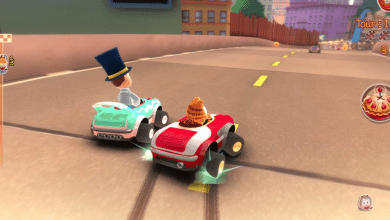 Garfield Kart is on Sale on Gamersgate 90% off