How far can this go. I’ve just played a game with Techies and I can tell you that Techies are quite much stronger than before. I do not even want to speak about it, but I must! After the Dota 2 7.00 patch, Techies, The New Silencer, indeed. It has been reworked in such an OP way that everyone would love to pick Techies.

Let me be clear about this. Yes, I definitely know that Techies Blast Off Ability is not a “GLOBAL SILENCE” but hey, if you have some crowd control heroes you might just win the game with even 1 good Blast Off in the middle of all. Let’s just preview down below what actually Blast Off does now.

While the silence duration of 7 seconds will shut enemies of using spells, it will also deal damage for 600 hundred when at highest level. I mean, come on… Anything else? 🙂 Oh, I forgot, Techies cannot Suicide if he jumps in at full HP. Instead, he’s doing Max HP self-damage, shown in the picture above: 50%. By this meaning, Techies can survive through all of the fight and use his bombs too. If you ask yourself how the Blast Off is working and how does it look, you can see it in the gif below.

I seriously do not know what is going to happen with Techies in the future, but I do know that Techies pick rate is a lot higher after the Dota 2 7.00 Update came to live. I mean, come on guys, why would someone give Techies a Silence ability? Given the fact that the spell is not suicidal anymore, this can be really strong against every single enemy. Also, its damage is magical so getting Veil of Discord will deal even more damage. God… I am totally against this. With decent mana cost, decent cooldown, decent AOE damage and also Silence. Everyone was just pissed at me in my game. I do not even want to comment on other changes except Techies Talent Tree, and that’s what I am going to do. No more spells even though it has been reworked. This is all you need to know about techies.

One more thing, just imagine there is Magnus on your team and he catches 5 players with his RP spell. God, it is going to be freaking painfull! Let’s move towards the Talents because I really cannot even think about Techies, and not even speak.

After the Dota 2 update 7.00, we’ve been introduced to a new feature which is called Talent Tree. Every hero in Dota 2 has received his own Talent Tree. You can see Techies Talent Tree in the picture down below. You will be amazed what kind of talent he has at level 25.

Tell us what do you think in the comments down below.

Angel Kicevski Follow on Twitter December 22, 2016Last Updated: July 15, 2022
0 2 minutes read
Facebook Twitter LinkedIn Pinterest Reddit Telegram
Facebook Twitter LinkedIn Pinterest Reddit Telegram
Hello, fellow readers! If you want to get in touch with us and participate in our discussion boards, make sure you visit our Forums. We are more than sure you will find something useful there! The forum is new, so be among the first ones to say Hello!
If you are a video game developer and you have a submission to make, you can mail us at team@futuregamereleases.com 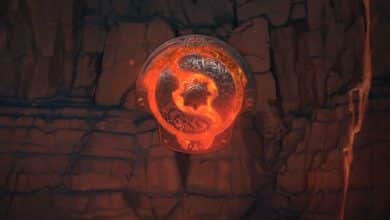 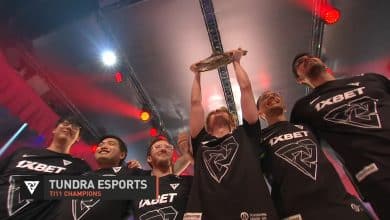