With Black Friday and Cyber Monday behind us, GOG announced their Winter Sale. They have great offers and a lot of deals. As a gift from GOG, Neverwinter Nights Diamond Edition is for free for next 48h.

The Diamond Edition includes the original campaign and three additional expansions. What is very interesting is the new mods in the game. These mods have been made and invented by the fans. They have created new areas and adventures in order to give the players better gaming experience. Now you can download and play them for FREE.

Here are some of the mods

The Kingdom of Aielund is under attack from barbarians and brigands. A small group must keep the region under control, as the King leads an army in the far west. If you haven’t downloaded this module yet, here is what you need to do. Make sure that the game is patched to 1.69. Back up your Neverwinter Nights installment and use 7-Zip to extract the file.

A dramatic story-driven module, where the level of the challenge is appropriate for two 8 characters.

The Rose of Eternity is a mystical Garden of Roses where the Keeper of the Rose is its protector. It has been said that she has a great voice and she never sings from joy. She is singing out of pain, stuck in the garden forever and forbidden to leave. For 4000 years she is a prisoner and doomed to stay in the garden.

Here you play as a young man who after the death of his father chose to go away from the County of Kosigan. To download this chapter you have to patch the game to 1.69, back up Neverwinter Nights to its original condition and use 7-Zip to extract the file.

Now, you will be able to claim Dungeons & Dragons with official expansions, map, manuals and soundtrack in the next 48 hours.

Hello, fellow readers! If you want to get in touch with us and participate in our discussion boards, make sure you visit our Forums. We are more than sure you will find something useful there, as most of the news are coming in there first. The forum is new, so be among the first ones to say Hello!
Tags
Winter Sale gog

Gears of War 4 Crossplay Test Over The Weekend 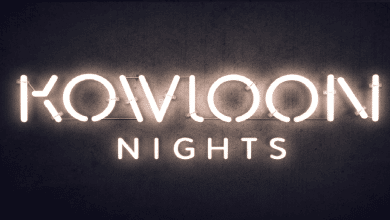