Osiris New Dawn Update 1.096 came as a surprise to all of the Osiris: New Dawn players. Players will also enjoy in the improved Multiplayer connections as the update gets rid of the Disconnect from server Logic error. 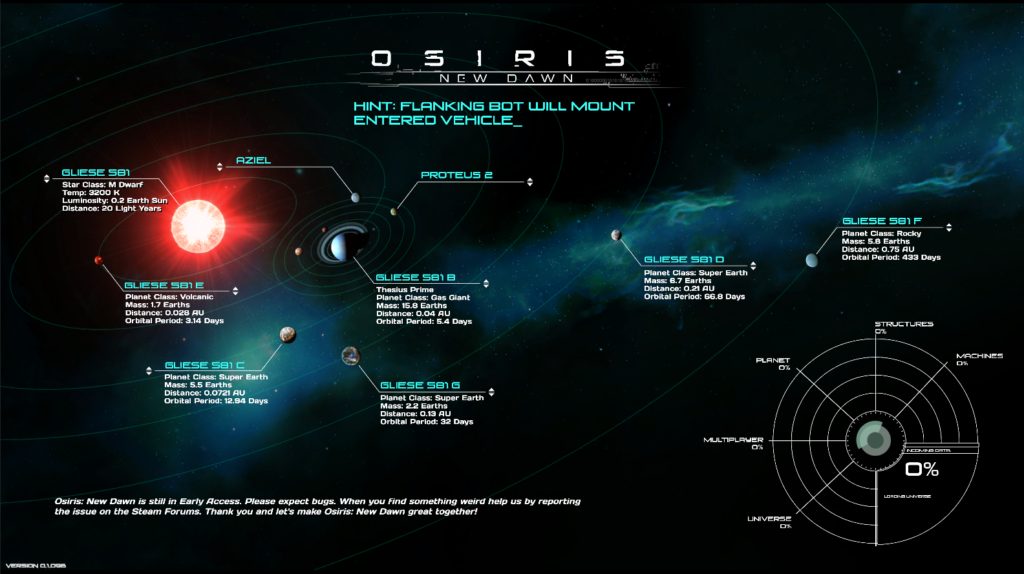 Improvements to Multiple people per vehicle and a new locator system. Osiris: New Dawn has a new loading screen. This game is just becoming better and better and the devs should expect players wave in near future.

It’s not just that, withing this patch, there is also additions, UI changes and Balancing made to the game. Do not forget about the bug fixes too.

Creature collision in structures has been improved and survived days is not going to reset to 0 after it reaches 7. The Ship is not going to get stuck in the air and as we said, the Disconnect from server logic error it should not appear that frequently. Or, maybe it’s fully fixed, however, the devs are taking precautions in order this happens again.

The lightning that’s applied to the avatar on tab menu is now reduced and overall, there will be a better tree collision. The update comes live on January 21, today.

To find out the full patch notes, check out this link. Tell us what are your thoughts in the comments down below.