I love to make this article for all The Division players, even motivate the old ones to come back to the game. We are just around the corner of The Division 1.6 PTS Update and because of things like these, Agents shouldn’t sleep. Ever! The Division is about to become a lot more beautiful game! Because of that, we’re eager to try it before everyone else. You can do it too! Just make sure you jump in the game when the PTS 1.6 update comes through.

We do not know when is the PTS containing the 1.6 update will be up precisely, but the 1.6 PTS update is scheduled for today. If you are true The Division player and lover, this is the moment when you need to stay up and wait for the initial 1.6 PTS update. The game will offer a lot more and if you jump on the PTS you’ll just know it before everyone else.

Trying the long-awaited Last Stand is a must!

You will get the knowledge on what to orientate, what kind of set feels the best. Also, trying the new Legendary Difficulty and DZ 7-9 will be something you’ll love for a long time. Trying the game on PTS and giving feedback to The Division support is what you need to do, just like every single hardcore player.

Talking about myself, I’ve been up almost 20 hours and still waiting for The Division PTS update to hit through. Not planning to sleep at all since this is a big update that should bring a lot of changes. Between me and you, it will also give me a chance to experiment the best new set so I will have the needed advantage whenever the update comes to live on the Current Live Servers.

Things to Try The Division 1.6 PTS Update Comes to Live!

I will put it in order list so it will be easier for you to see:

I also think about updating this article later but I do not know what’ll happen. Maybe put some videos and stuff like that would be nice… Hm… God damn, I freaked out again. However, I’ll tell you only 1 thing and that is, do not forget to sub if you want to see anything new :). For now, we still cannot login on the PTS and if someone can please let us know down in the comments so I can react to this.

Trying to enjoy while going rogue ended my happiness. Went into an infinite loop and I cannot load into the game… -.-, It’s a PTS so we should not be mad about it instead of sending a feedback… being a good agent, this video is recorded and sent to the dev team right away. -.- Hoping for the best!

Almost everything written above have been done, including the new Twin Valkyria – Seeker Gear Set build which is amazingly broken at the moment. I am pretty sure it will be fixed. Guys, I have to apologize because I cannot update this article as I cannot even anymore.

I’ve been playing for the whole day like freaking insane and now I can only see Bed in front of my eyes, nothing else. All I can say for the new PTS 1.6 update is “JUST AMAZING”.

I honestly feel like it’s my duty at least to upload this video, but that’s as far as I can go for today. The video is still uploading, but soon it will be finished. Enjoy the New Incursion and the Valkyria + Seeker Gear Set build, which is extremely broken. The Division PTS 1.6 update will definitely bring a lot more in terms of gameplay thanks to the DZ 7-9. Enjoy the Video including The Division Stolen Signal Incursion Last Boss:

For those who follow us on youtube, the video will be published by itself when fully uploaded. Being an Agent is hard indeed! More details will come tomorrow, see ya!

This is freaking hilarious and it will be fixed even while on the PTS. It must be! It seems like you can crit million of damage by using this build which is freaking crazy. After the Stolen Signal Incursion video, people have asked me to make a video of the broken build. Well, here it is guys, even though I didn’t want to do it because it will get a fix soon.

Keep in mind that the video below is recorded on The Division 1.6 Public Test Servers which means it cannot be done on the Live Servers. Just in case we stay clear in front of your eyes :). However, you can enjoy it in the PTS while it’s still broken. Also, this build was one of the reasons we accomplish Stolen Signal that fast. You can see the build in the video below:

Indeed, Contamination Events will require a lot of sync between the players that participate the event. What you need to do is just take care of the Heal Skills and also Signatures. When the event starts, anything below ground level is highly Contaminated. This means your mask won’t hold it and it will make you die if you stay too long underground.

I can see a lot of players Participating the Contamination events in the Dark Zone, but only if there is a high percentage of getting some Exotic drops. Otherwise, I do not believe people will focus this Event that much. If that’s so, there will be insane fight underground when at least 3 groups go there.

Just imagine the pressure, the need of a mask filter and the thoughts you might die by just running inside, plus the other group that joined the same event. Man o man, things are going to get nasty. I forgot to add, there will be more Contamination events across the Dark Zone, so, a lot of groups can get those extra items drop easy.

However, everything works good and I still think that this PTS 1.6 update will make people go crazy and take a lot of the retired Agents back to the game. So far, so good. Everything goes smooth like it should, except for the Valkyria + Seeker Gear Set Build shown in the video above.

Update: The Last Stand is Crazy!

By saying Crazy, I mean it’s fucking COOL, AWESOME, INSANE, CO-OP ON BEST LEVEL, but we are not able to make a full coverage because we are getting the DELTA error and we are getting disconnected every single time we go in. However, we are recording every single match so I guess we’ll make it all the way to the end, at least once!

Hey, you know what? We’ve been able to finish 1 match! I hope you’ll enjoy the video below, as promised! Hooked up with two guys just to make fun, sorry for the double sound tho.

The reload has now been fixed and you cannot reload while running. Even when you start reloading and start running the reload will stop, which is kind of ok.

Going Rogue after the 1.6 update will be extremely hard. I also think besides the Striker’s gear set, Banshee can be a really good option. So now we’re talking about balance. However, it seems like the Utility setups are going to be really good and annoying.

Seeker Mine will become probably the most used skill in the 1.6 and the Last Stand mode. It will give you the power to prevent reloading on the enemies, which is probably the biggest nerf in the game at this point. Also, AlphaBridge is going to get replaced by almost every player. I think I am going to stick to my Striker’s Gear Set and make it even better.

Update: PTS Week 3 will bring a lot of changes

Seems like The Division devs step up their game. Yeah, as expected, people should learn from their mistakes. Well, they just released a lot of fixes for the upcoming PTS 3 for which I am pretty sure it will be followed by a PTS 4 update.

They announced that are working on the PTS 3 which is going to be deployed soon. It will come with a full list of patch notes.

As they said, there are going to be a lot of tweaks all over again. Let’s see some of them.

Reload will no longer prevent you running. Instead, we are going back to the same old option. Last Stand will receive Normalization for a more balanced PVP environment.

Also, skill power will not offer that much of a value anymore. What’s related to that is that the skills cooldown and power are not going to be lower/higher because of the Skill Power.

Support station range will not be that OP anymore and Counter Skill objects are not going to be that tough to counter.  Also, the Disruption Sticky Bomb will detonate on impact having you the chance to destroy enemies utility.

Let’s be honest, another thing is that Seeker mines have been really strong withing the PTS WEEK 2. Thanks god they are going to nerf that too.

Also, thanks to the skill power nerf, the turrets are not going to deal that much damage, thank god.

Historian will be nerfed because of the skill power and will weigh towards firearms. Let me see you now, Historian abusers :). Caduceus will also receive its own tweaks becoming a real support Weapon instead of damage one.

Base Health and Medkits

They will be fixed and this is not going to be the way it works now. Player health and survivable related has been increased by 37%. On the other side, Medkits are not going to give you overheal anymore.

The Seekr gear set is getting removed from the game because a lot of things are going on and just shouldn’t be in the game. I definitely agree.

Legendary difficulty is also going to receive its own tweaks meaning it receive only 1 checkpoint on every mission when playing on the new PTS 3.

I can just say that Ubisoft are really trying and I am pretty sure that It’ll come down do the Striker’s gear set or the Sentry Gear set Meta.

Talking about sets I think that Sentry should be also nerfed because the last set bonus – marking 3 times if enemy is shot in the head is applied as a Status Effect. Players found that abusive and jumped right on it. Good luck boys, The devs have opened their eyes and I am glad all of this is happening. 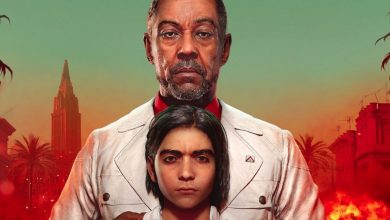 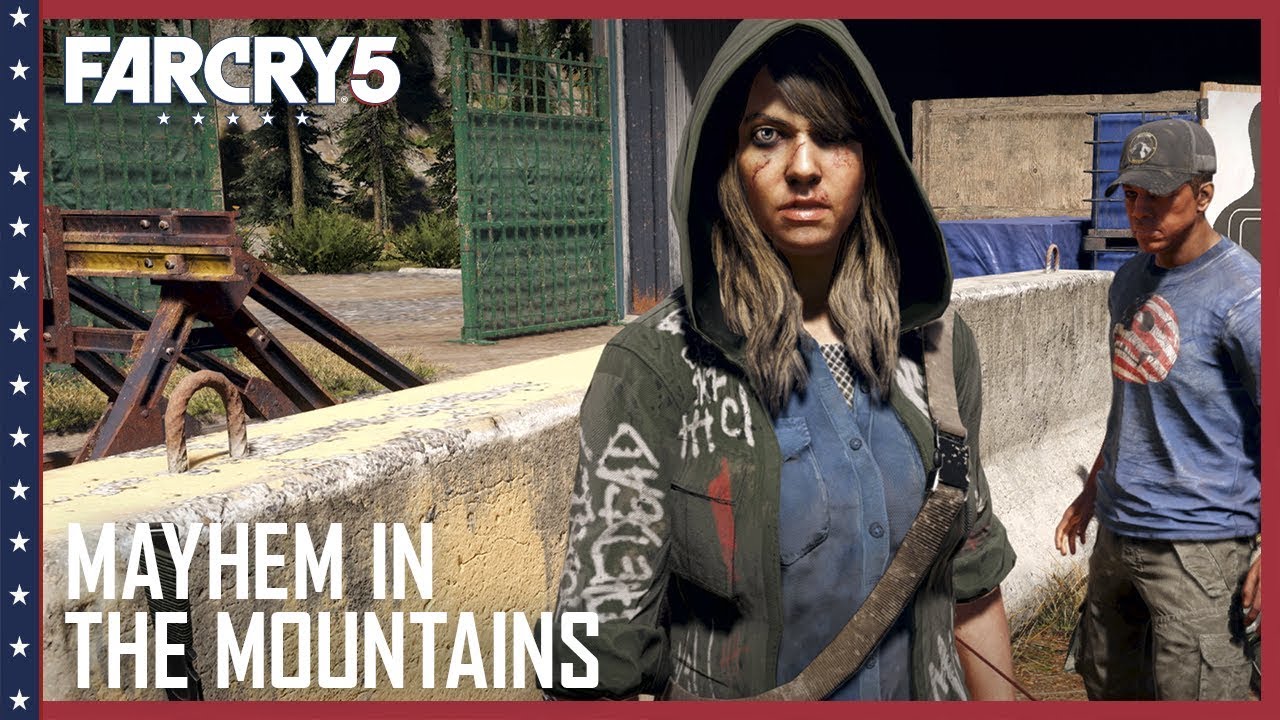