Final Fantasy turns 30 years today. To celebrate its 30th anniversary, Final Fantasy got some new and awesome DLC for the fans. So, keep on reading and find out more.

The Final Fantasy franchise started in 1987 with a great team behind it. Square Enix did an awesome job with this game title. To celebrate its anniversary the devs are releasing new DLCs with new stuff as well as remakes. FF XII The Zodiac Age is coming together with FF VII Remake, FF XV, FF Brave Exvius and Mobius FF.

Final Fantasy XII Zodiac Age launches on July 11 for Europe and North America on PS4. There are remarkable changes to the audio and visuals that will deliver a perfect gaming experience. For the first time, the players can play FFXII with the Zodiac job system.

Final Fantasy VII Remake gets some great details. There is a pic which you can see below with Cloud and his Buster Sword with Shinra Electric Power Company as a background. 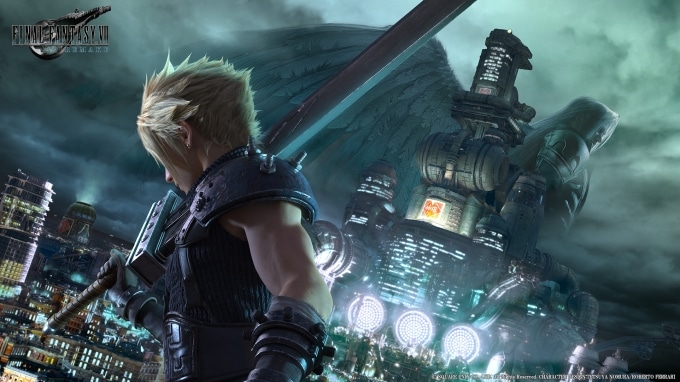 Final Fantasy XV gets a new Booster Pack as a new DLC. There will be two new versions available the Booster Pack (free) and the Booster Pack+. Both of them will be available on February 21. FFXV: Episode Gladiolus launches on March 28 as a new DLC. Here, you can play as Gladio. To make the things more interesting, Cor and Gilgamesh are taking part of the game as part of Gladio’s team. The Gladiolus Episode will be with a season pass, but you can also get it separately at Xbox Store and PS Store.

Dejan KacurovFebruary 1, 2017Last Updated: April 5, 2017
0 1 minute read
Facebook Twitter LinkedIn Pinterest Reddit Telegram
Facebook Twitter LinkedIn Pinterest Reddit Telegram
Hello, fellow readers! If you want to get in touch with us and participate in our discussion boards, make sure you visit our Forums. We are more than sure you will find something useful there! The forum is new, so be among the first ones to say Hello!
If you are a video game developer and you have a submission to make, you can mail us at team@futuregamereleases.com