Moskov is the newest hero that will join Mobile Legends very soon (now available). For this reason, I have the best item build and how to use Moskov when it launches. So, I got you all ready to kick some buts 🙂

He is part of the Marksman class, with high damage. A ranged hero, which can get you an MVP title without any problems. To make it even easier, I have the perfect solution for you. First, I will start with his skills. Keep on reading and find out more.

How to use Moskov in Mobile Legends?

As the rest of the heroes, Moskov is with 4 skills, one passive and three casters. His passive skill is Spear of Quiescence that can penetrate targets. His first caster is Abyss Walker. Using this skill, he can teleport to a specific area and get closer to the enemies, or even escape when on low HP. The next caster is Spear of Death. This is a great skill that can be both used in a team fight or solo fight. This caster can stun the enemies for 2 seconds.

His ult is  Spear of Destruction. Moskov launches a spear into specific directions by dealing a significant amount of damage. Here is the best way to use his skills: Spear of Death, that stuns the enemy, then use his teleport if the target is escaping to get closer and eliminate it. If not, then go for the stun, followed by his ult. Simple right? Well, let’s see when you get a chance to play it.

Moskov Build Guide and how to be an MVP:

In addition, this build is also very effective. Try it and let me know.

You now have the perfect killer in Mobile Legends. And believe me, playing against Moskov can sometimes be a big pain! Until the official release date of Moskov, don’t forget to subscribe and get the best MLBB builds. Check out the final results below! 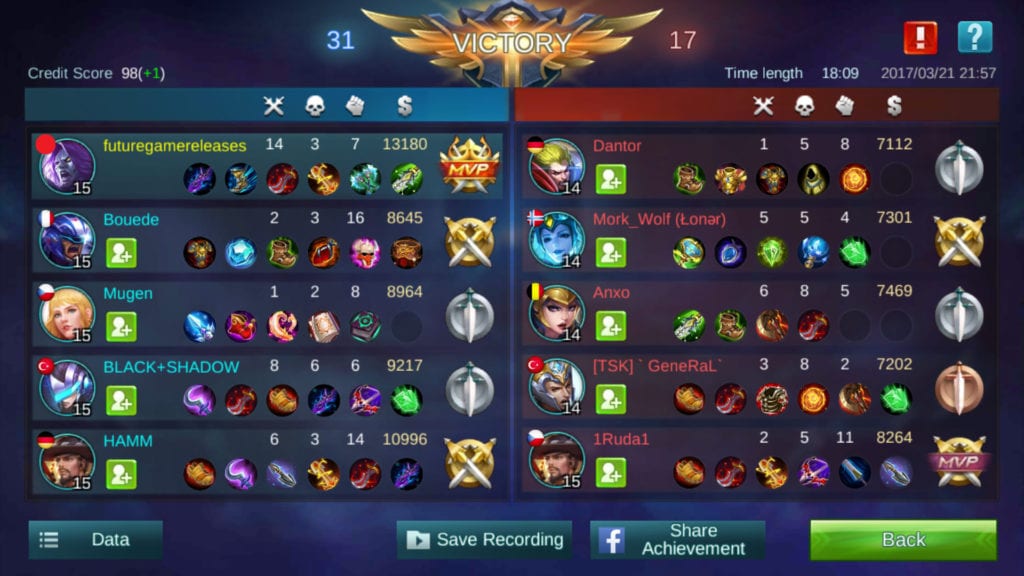 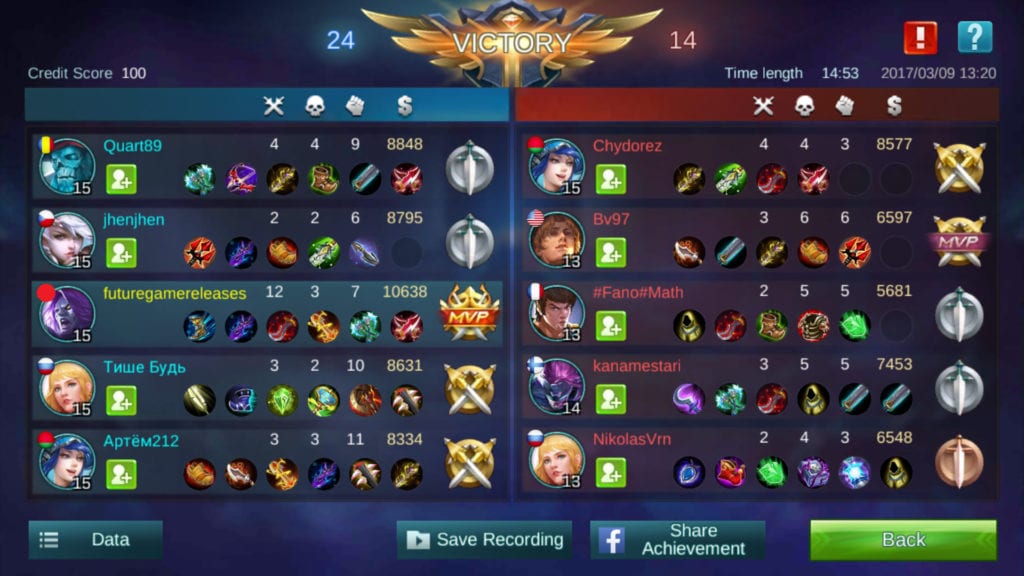 Dejan KacurovFebruary 24, 2017Last Updated: May 31, 2017
0 2 minutes read
Facebook Twitter LinkedIn Pinterest Reddit Telegram
Facebook Twitter LinkedIn Pinterest Reddit Telegram
Hello, fellow readers! If you want to get in touch with us and participate in our discussion boards, make sure you visit our Forums. We are more than sure you will find something useful there! The forum is new, so be among the first ones to say Hello!
If you are a video game developer and you have a submission to make, you can mail us at team@futuregamereleases.com