Guan Yu is a melee hero with high offense rate in Heroes Evolved the mobile game. In order to be a PRO in the game, I have made a gear set guide. The following items will definitely bring you an MVP title. But first, let’s see how to use his abilities.

This hero is with 4 skills, 1 passive and three casters. His passive skill is Art of Warfare. This ability grants him a dodge chance and when he cast a spell, his next attack will deal critical. One of his casters is Double Blow. He summons 2 illusions that deal dmg. His next caster is Unstoppable Force. He jumps in a specific area and deals dmg to all nearby enemies. His ult is Crescent Blade. Guan Yu surrounds himself with a dragon tornado making him immune to magic. At the same time he deals physical dmg to enemies. So here is the best way to use his skills. First, use his Unstoppable Force skill, then Double Blow and ult for last. In this order, the target will never know what hit him 🙂 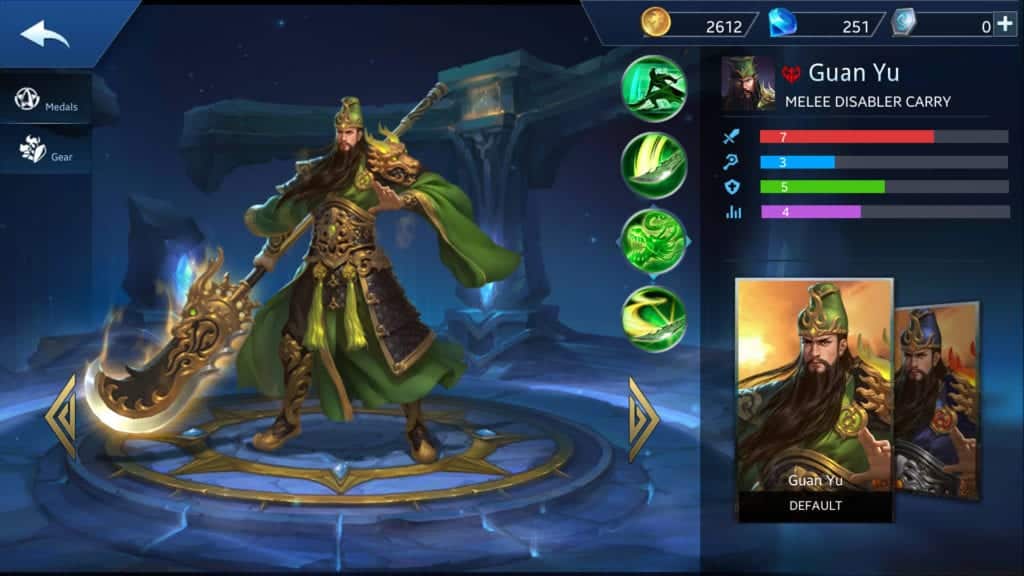 I now have the best gear set for Guan Yu. The following gear build is based on physical attack, and all items are part of the physical attack item group. Purchase them is this specific order:

You now have the best build guide for Guan Yu. If you have any other gear sets, please let me know in the comments section below.

Hello, fellow readers! If you want to get in touch with us and participate in our discussion boards, make sure you visit our Forums. We are more than sure you will find something useful there, as most of the news are coming in there first. The forum is new, so be among the first ones to say Hello!
Tags
Heroes Evolved