This is getting better and better! MLBB has announced a new hero, called Mustang Johnson. He is a very powerful tank, that can absorb a lot of damage. For now, I will make a short item build and how to use his skills article. When the hero will officially join Mobile Legends, I will make sure to have the best build guide! Until then, don’t forget to subscribe and get the best MLBB gear sets.

Mustang Johnson is the newest hero in Mobile Legends. He is a powerful tank, with high durability. His specialty is to engage and crowd control. As the rest of heroes, Mustang Johnson is with 4 skills, 1 passive and 3 casters. Below you can find a short build guide and how to use his abilities. 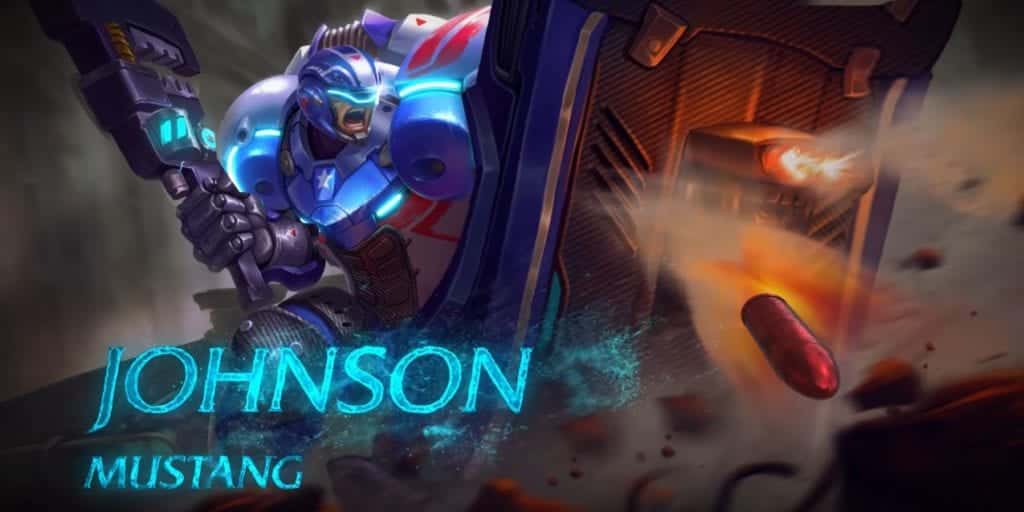 Mustang Johnson How To Use His Abilities

His passive skill is Electro-airbag. When Mustang Johnson’s HP drops, he gets an electricity shield to keep him safe from taking additional damage. The first caster is Iron Sack. This skill increases his basic attack damage and reduces target’s speed at the same time. In addition, the enemy will be stunned. His next caster is Missile Tackle. He launches three missiles, deals magic dmg and slows enemies.

Rapid Touchdown is his ult. He transforms into a muscle car, gets an ally with him and launches towards a target. Also, you can use his ult to help your teammates by stunning the enemies. Or if you are on low HP, you can escape and survive. Here is the best way to play with him. Use Iron Sack first, then the Missile Tackle and ult for last. The enemies will be eliminated in 4-5 secs.

Mustang Johnson is now available in the game. I have tried it with few items, but these are the ones that fit him the best. Below you can find the best build guide for Mustang Johnson. Check out the update below.

As promised, I now have a good build guide. Here are the items for Mustang Johnson:

Due to a recent Ranked Match, I’ve discovered better items for Johnson. The following items make him a really good tank. Here is the new build guide.

These are the items I recommend for Mustang Johnson. I honestly hope that this guide will help you get an MVP. If you have another build guide, please let me know in the comments below and I will try it.

Dejan KacurovMarch 10, 2017Last Updated: May 6, 2017
9 2 minutes read
Facebook Twitter LinkedIn Pinterest Reddit Telegram
Facebook Twitter LinkedIn Pinterest Reddit Telegram
Hello, fellow readers! If you want to get in touch with us and participate in our discussion boards, make sure you visit our Forums. We are more than sure you will find something useful there! The forum is new, so be among the first ones to say Hello!
If you are a video game developer and you have a submission to make, you can mail us at team@futuregamereleases.com

How To Use Tigreal, Minotaur, Lolita, Akai Skills In Mobile Legends