Saya is a mage hero in Heroes Evolved with high magic power and powerful abilities. The most important thing about her is her gear set. Therefore, the following build guide can help you a lot in the game. Below you can find some pretty useful info on how to use Saya and what items she needs.

She is a ranged hero that uses 4 spells to make it harder for the enemy team. All of her spells are casters, so let’s take a look what Saya can do. One of her casters is Ghostly Sacrifice. This spell gives her next attack additional magic damage. If she eliminates an enemy unit with the second strike, she gets 2 spell power permanently. 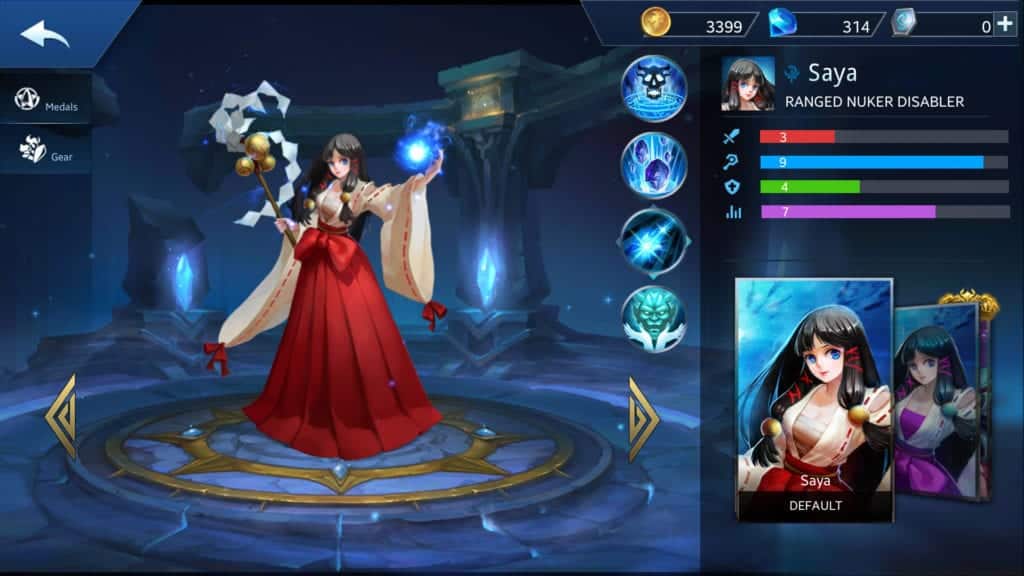 But, if this attack eliminates an enemy hero, Saya gets 5 spell power permanently. Thrilling Enhancement is the next spell. Saya conjures a pit for 3 secs. If an enemy passes through it, it will be stunned. The third caster is Styx and Stones. Saya releases a dark stone to a specific area that deals magic dmg.

Star of Fate is her ult. This works only on one target. She deals from 400 up to 600 magical dmg (depends on the skill lvl). If the enemy HP is higher, the spell will take more damage.

The following gear set grants her extra spell power and mana regeneration. It will also help you to get a big win and an MVP title.

In order to be an MVP in a match, you will have to work fast with Saya. Otherwise, she is just a popcorn will low HP. If you have better build guide, please post it in the comment section below.

Hello, fellow readers! If you want to get in touch with us and participate in our discussion boards, make sure you visit our Forums. We are more than sure you will find something useful there, as most of the news are coming in there first. The forum is new, so be among the first ones to say Hello!
Tags
Heroes Evolved