This update counts as a major update with a lot of freshly released content. The new War Thunder Update 1.67 is going to amaze a lot of players and make the game more balanced and improve the gameplay overall.

The patch came out to live yesterday. It contains a lot of changes, like Weapon Stabilization, Exhaust Flames for Aircraft, New locations and probably the biggest change, the new PVE Assault mode. 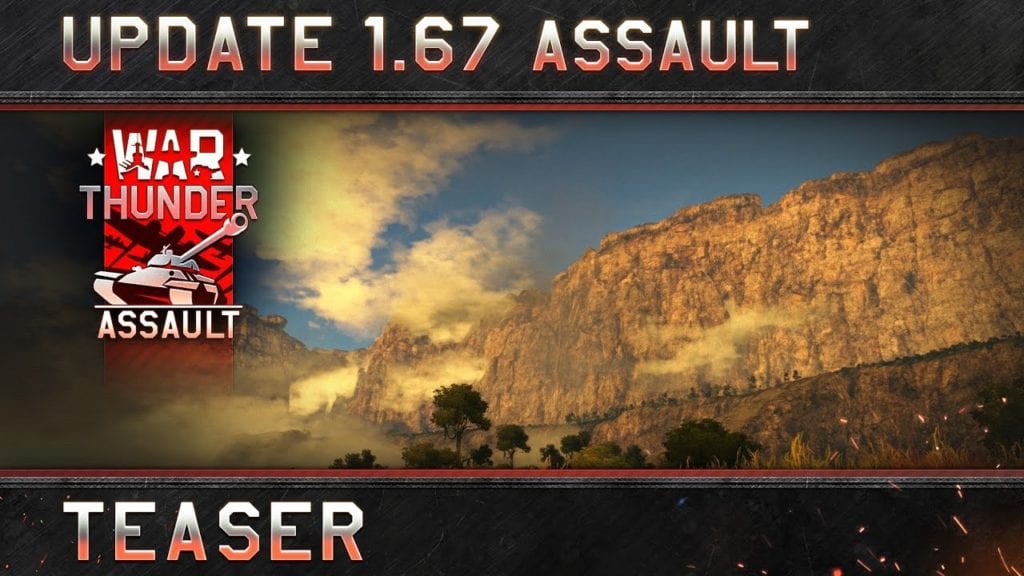 The Gun Stabilizer is a new system that should increase the realism on machines. For more info about this, check out this link.

One of the new changes. the flames coming out from the exhausts of the aircraft engines. It comes as a small change but with a big impression. Now, players can see the flames that come out of the exhausts while powering up the engine or switching it to WEP.

All of the aviation engines that has exterior exhausts gets these changes.

The Ardennes and Guiana Highlands are the two new locations in War Thunder. So, thanks to the 1.67 patch, players will enjoy playing in a bigger and wider environment.

One of the most exciting news is that the new PVE Assault mode is now active. You can also check out the related video below. For more detailed info around the Assault, click on this link.

It’s not just that, besides those changes, there will be a few more. Thanks to the 1.67 patch, War Thunder will receive a new Ground vehicles, Aircraft and more! For more detailed information, visit this link.

Tell us your thoughts in the comments down below. We honestly think that this update will bring a lot of retired players back in the game. Hopefully, they will remain in the game for a long time.

Angel Kicevski Follow on Twitter March 17, 2017Last Updated: March 17, 2017
0 1 minute read
Facebook Twitter LinkedIn Pinterest Reddit Telegram
Facebook Twitter LinkedIn Pinterest Reddit Telegram
Hello, fellow readers! If you want to get in touch with us and participate in our discussion boards, make sure you visit our Forums. We are more than sure you will find something useful there! The forum is new, so be among the first ones to say Hello!
If you are a video game developer and you have a submission to make, you can mail us at team@futuregamereleases.com