Azmodan, the old fat buddy that can pretty much destroy the lanes and start a push on his own. Well, there are two builds you can go for when playing Azmodan. But, I think that the pushing build is a lot stronger when you play ranked. I feel like having the power of the Generals and Demons is a lot better than going for the Laser build. I hope that this Azmodan Build Guide will help you understand him better.

Talking about two different playstyles, that’s what’s Azmodan’s two builds are. One for pushing, one for standing down the fights. However, sometimes players can go for the mix up, but I do not find that really good. 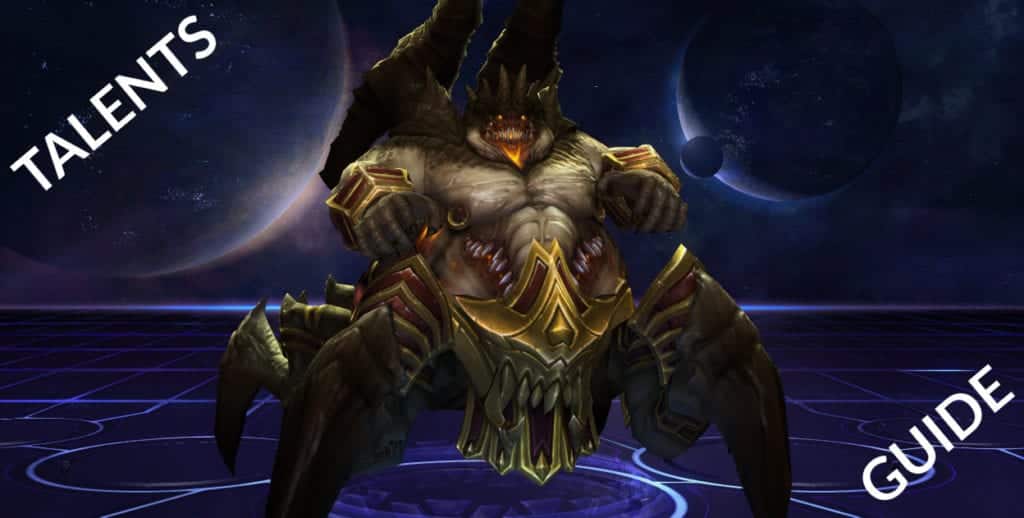 Being a Ranged Specialist in Heroes of the Storm, Azmodan doesn’t look that weak. You’re probably thinking the opposite, but I will prove you that he’s a really good pick.

This build is all about controlling the lanes. This will also help your teammates in terms of capturing mercenaries, roaming around the map easier, capturing objectives etc… You will pressure the enemy team to defend a lot. It’s just the positioning you need to take care of.

If you get it right, you should do more than good. You can go for the Laser build with the lifesteal on it, but… I do not know if it’s going to help you a lot, honestly. If you’re enjoying fights, than you might want to go for that build. But, I personally prefer to go for this build and harass the enemy team as much as I can.

When they are pushed to go back, your teammates will be free to go around the map and capture all the left camps, get bosses or do the objectives more freely.

If you commit to split pushing, do not keep your heroic ability for the next team fight. Just use it whenever you can. You will bring towers down a lot faster. Even though a lot of players doesn’t like Azmodan at all because it’s boring to play, Azmodan can win games very easy.

That’s all about this build, I do not have anything else to say because we’re talking about a pushing build. Just do not forget, it’s all about the hard push and fast XP gain. Azmodan can manage to get XP really fast by just pushing his lane. Whenever there’s a fight or someones fighting for an objective, just pick the right lane and push it through. The enemies will be pushed to go back, just as I said.

I hope you’ll love this build. Go in the game, Try it, and let us know in the comments down below how was your game.