What do you think about Spectre and Monkey King Combo? We’re seeing it a lot these days, including in the Kiev Major. Is this the new meta? However, things might get really nasty with only 1 counter pick.

Whenever you have a Spectre on your Team, Silencer is always a good pick against it. Even if you’re performing really good in early game, you can easily lose the game later.

I mean, after Spectre gets level 6, the help of Monkey King by scouting and possibly finding an available ganks or pick-offs is very much welcome. It feels like that advantage is unbreakable. But, instead, it is really breakable. If the enemy team has a really hard carry together with Silencer, might turn around the game very easy.

That’s why Silencer is one of the best counters to Spectre. Silencer will pretty much keep Spectre out of the fight, making him lose a bit of his farm by making him join the teamfights by walking instead of using his ultimate.

That’s so bad for all the Spectre players. Playing against Silencer is a real pain, especially when you’re playing Spectre. Also, a lot of Dota 2 players should pick Silencer whenever they encounter Spectre on the enemy team.

So, keep in mind that it might get messy sometimes. It doesn’t matter how big of an advantage you have, the Monkey King – Spectre combo might just fail.

Angel Kicevski Follow on Twitter April 24, 2017Last Updated: April 24, 2017
0 1 minute read
Facebook Twitter LinkedIn Pinterest Reddit Telegram
Facebook Twitter LinkedIn Pinterest Reddit Telegram
Hello, fellow readers! If you want to get in touch with us and participate in our discussion boards, make sure you visit our Forums. We are more than sure you will find something useful there! The forum is new, so be among the first ones to say Hello!
If you are a video game developer and you have a submission to make, you can mail us at team@futuregamereleases.com 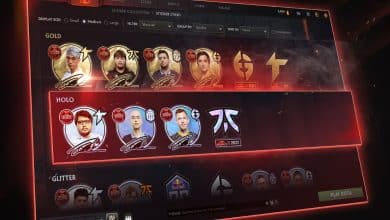