Even before the Dota 2 Kiev Major, a lot of players were focusing on playing Offlane Omniknight and hopefully, getting a lot of experience and gold from that lane. I mean, after the 7.00 patch it’s easier to get experience thanks to the side neutral camps and also the bounty runes. Now, back to Omniknight, it seems to be a lot favored by the pros, judging from the Kiev Major. All of this brought us something else. A new Dota 2 Omniknight Radiance build, which is going to be used in pubs.

It seems like Omniknight Pickers will soon appear on public matchmaking. Make sure that’ll happen.

Back in the days Omniknight was a bit underpowered. But after the struggle players have probably found a way of playing a useful Omniknight. We’ve been judging a lot of different playstyles, but it seems like the solo Offlane Omniknight is the best option. Having him on position 3, core, it feels like he can really make a difference in late-game.

The moment Omniknight gets this core item, he’s like a machine for building up Experience and also getting Gold really fast. So, the farm gets better, the XP gets bigger thanks to his talent and then, 10 minutes after you get the Radiance, it’s time to fight just as before.

Below, you can preview all of Omniknight’s talents: 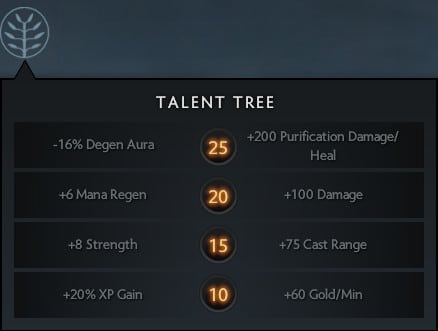 Now, the level 10 Talent is the one that can give Omniknight 20% XP gain or 60 Gold/Min. Coming on level 10, this talent might be really important. Not to talk about the level 25 talent, which is going to make Omniknight an excessive pain for the enemy team.

Ok, back to the Omniknight’s Radiance build, it’s best to be combined with the XP gain. However, If you’re not planning to go for this build, you might get the + gold talent instead of going for the XP.

After getting the radiance, you can go for whatever you like. To be more precise, whatever you think it’s going to be needed to win the game. Whether that’ll be an Octarine or HoT. That’s totally up to you. Recently, We’ve been trying out both of the items. It seems like the HoT gives you a bit more Strenght attributes. That results in higher damage and also more HP than the Octarine.

Now, let’s just try to enjoy throughout the whole Dota 2 Kiev Major, before we go in the game and meet some crazy Omniknights. We’re pretty sure there are going to be a lot Omniknight pickers after this Major.

Angel Kicevski Follow on Twitter April 27, 2017Last Updated: April 29, 2017
0 2 minutes read
Facebook Twitter LinkedIn Pinterest Reddit Telegram
Facebook Twitter LinkedIn Pinterest Reddit Telegram
Hello, fellow readers! If you want to get in touch with us and participate in our discussion boards, make sure you visit our Forums. We are more than sure you will find something useful there! The forum is new, so be among the first ones to say Hello!
If you are a video game developer and you have a submission to make, you can mail us at team@futuregamereleases.com 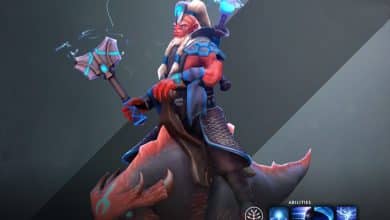