Mobile Legends fans, are you ready for a brand new hero in the game? This time, the developers are bringing Hilda in the game.

You can purchase Hilda for 24k BP or 349 diamonds for the first week.

Hilda is part of the Fighter and Tank class in the game, with very high damage stats. To make it even harder for the enemies, she uses 4 skills, one of them is passive and the rest are casters. So, I will present you a guide on how to use her skills, and at the bottom of this article, you can check the best build guide for Hilda.

Hilda Skills And How To Use Them

Hilda’s passive skill is Blessing of Wilderness. If on low HP, go in the bush and the speed of regen increases for Hilda. At the same time, she gets a shield that absorbs damage. This effect last for 5 seconds.

One of her casters is Combat Ritual. This spell increases Hilda’s movement speed and damage on her next attack. Hilda will also deal damage to the enemy behind the target.

The second caster is Art of Hunting. Hilda locks on a target and the skill can be cast 3 times. The second attack deals damage, and the third will knock back enemies. At the same time, she deals physical damage.

Here is how to use Hilda’s skills on the battlefield. First, use Art of Hunting, then go for her ult and keep Combat Ritual for last. Trust me, this hero is very hard to eliminate, but if you play with Hilda, she will grant you an MVP title without any doubts.

As both Fighter and Tank, it’s very hard to choose the perfect items for her. I have tried different builds, but this one is the best for Hilda.

The above-mentioned build guide goes great for her class. But here is something that will make her unbeatable. Following this build guide, you can use Fury as BS and Tank emblem. Check out the image below. 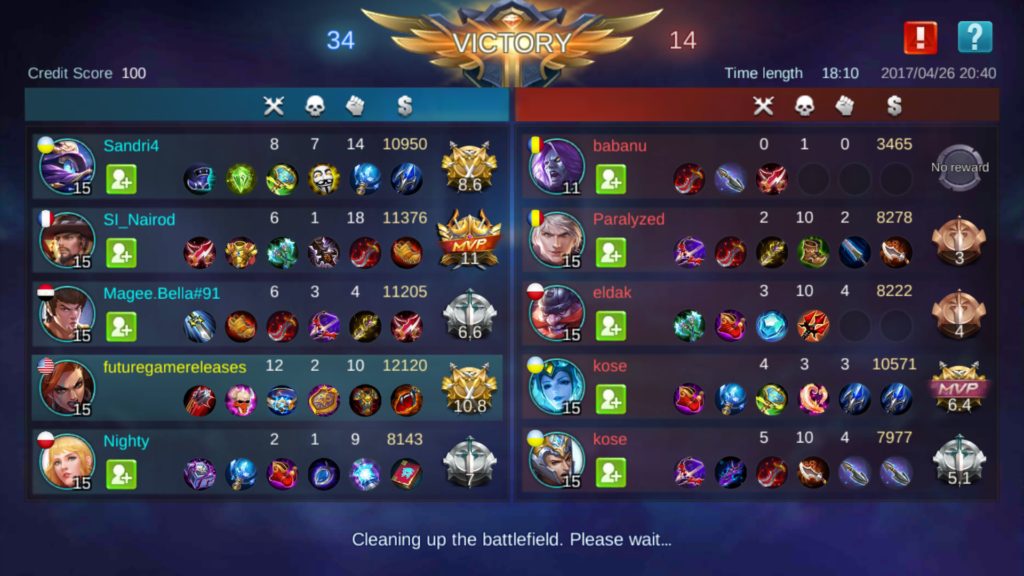 [interaction id=”58ebf1cc240e61ee26bf08ba”] Hello, fellow readers! If you want to get in touch with us and participate in our discussion boards, make sure you visit our Forums. We are more than sure you will find something useful there, as most of the news are coming in there first. The forum is new, so be among the first ones to say Hello!
Tags
Mobile Legends

How To Use Miya, Clint And Bruno Skills In Mobile Legends