Bohemia Interactive is releasing Argo on June 22 on Steam. This is a free FPS multiplayer game, where the players get the role of mercenaries and fight in 5vs5 game mode.

You, as a player, will get a mercenaries contract and fight with a team on the Island of Maiden. Winning a match will grant you new weapons, gear and much more.

Argo will be with a new cooperative game mode, the Combat Petrol. Playing in this mode will allow you to team up with 10 players and fight AI to finish a mission and get rewards. Each Combat Petrol game is with different and new challenges.

What I personally find very interesting is the possibility to make/create your own scenarios with the 3D Scenario Editor feature in the game. It takes short time to create your own gameplay. Sounds great, right?

Argo will be available for free on June 22 for Steam users. If you don’t have Steam account, feel free to visit the official Bohemia site and download it from there.

Take a look at the trailer below and let us know what you think about the game.

Dejan KacurovMay 31, 2017Last Updated: May 31, 2017
0 1 minute read
Facebook Twitter LinkedIn Pinterest Reddit Telegram
Facebook Twitter LinkedIn Pinterest Reddit Telegram
Hello, fellow readers! If you want to get in touch with us and participate in our discussion boards, make sure you visit our Forums. We are more than sure you will find something useful there! The forum is new, so be among the first ones to say Hello!
If you are a video game developer and you have a submission to make, you can mail us at team@futuregamereleases.com 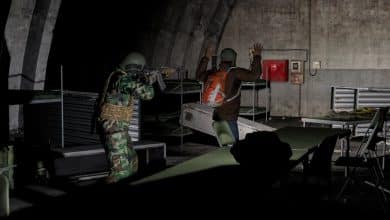 Arma Reforger: Desynchronization is the Primary Cause for Disconnections, says Bohemia Interactive