Payday 2 just got a new update today. The update size is 1.1 GB and includes some awesome weapons skins. Also, it fixes some in-game issues, so keep on reading and find out more.

Sangres offers 16 skins, including one legendary skin, called “The Monterrey”. Also, there is a new skin for Akimbo Castigo. 44 Revolvers. Check out the image below. 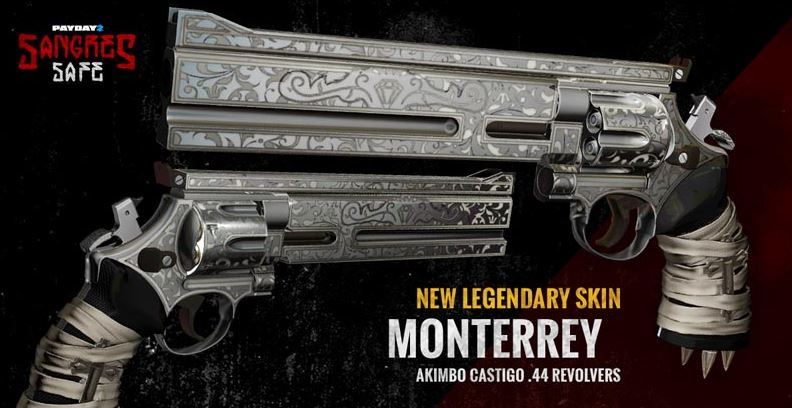 Changes are beeing made for the General gameplay, levels, perk decks, skills, and weapons. Here is the list of all changes and improvements in the game with the latest patch. Tell us what you think in the comments below.

Hello, fellow readers! If you want to get in touch with us and participate in our discussion boards, make sure you visit our Forums. We are more than sure you will find something useful there, as most of the news are coming in there first. The forum is new, so be among the first ones to say Hello!
Tags
Payday 2