As announced on the official Niantic website, Pokemon Go Adventure Week is starting on May 18 and will last until May 25, 2017. The event starts at 1:00 PM PDT and ends at 1:00 PM PDT.

Until today, Pokemon Go community has walked more than 15.8 billion kilometers. That is equal to Earth – Pluto distance. Wow, that’s a lot!

The game was developed in order to bring the players closely to the classic Pokemon gameplay and for them to be able to catch Pokemon in the real world. As a final result, a lot of people go outside, exploring the world, meeting new friends, and exercise at the same time.

This new adventure will grant the players more items from every PokeStop. Also, Poke Balls will be with 50% off during this period. The Buddy Pokemon will find Candies 4x faster than usual. So, get out there and catch em all!

Just heads-up, a new avatar item is added in wardrobe. When the adventure starts, grab the Explorer’s Hat and have a blast on your journey.

For last, open your eyes for a Rock-type Pokemon. You might find an Aerodactyl.

Dejan KacurovMay 16, 2017Last Updated: May 16, 2017
0 1 minute read
Facebook Twitter LinkedIn Pinterest Reddit Telegram
Facebook Twitter LinkedIn Pinterest Reddit Telegram
Hello, fellow readers! If you want to get in touch with us and participate in our discussion boards, make sure you visit our Forums. We are more than sure you will find something useful there! The forum is new, so be among the first ones to say Hello!
If you are a video game developer and you have a submission to make, you can mail us at team@futuregamereleases.com 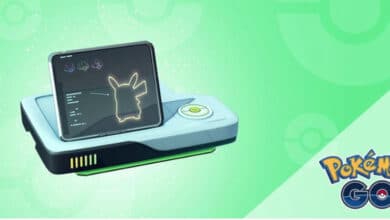