MercurySteam has just published a new gameplay trailer revealing some details on the four campaigns for Raiders of the Broken Planet. This trailer was published on their official youtube channel as we’re getting closer to trying out the beta version of the game. The new #4Dividedby1 trailer brings and makes us more eager to try the upcoming beta. 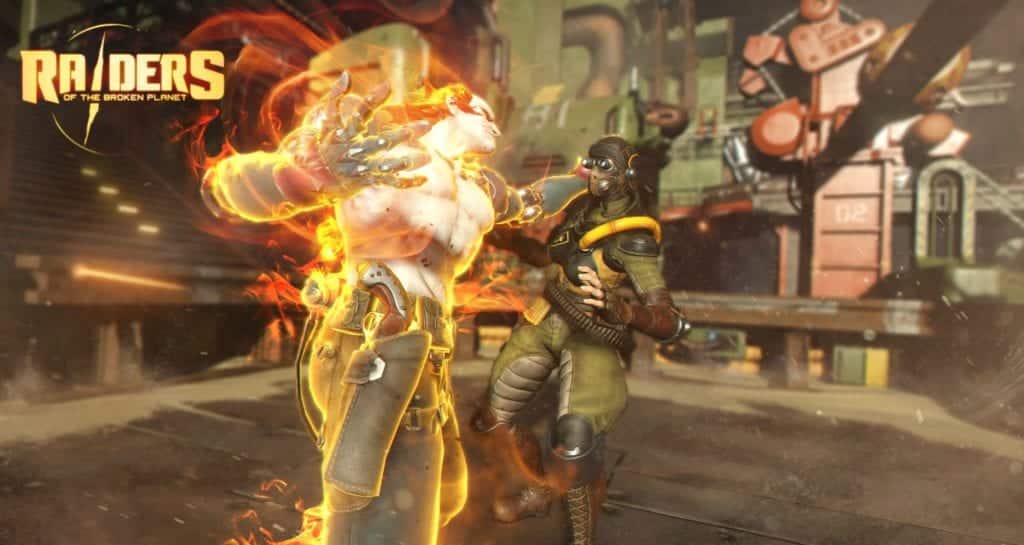 A valuable discovery on one of Saturn’s moons will lead the humans to a broken planet, far in the universe. There exists a source of energy called Aleph and grants an ultimate power to whoever controls it. But, after becoming trapped on the planet, the human forces will split into factions and they’ll fight amongst themselves for supremacy over the energy, Aleph. Deciding enough is enough, the peaceful people of the planet decide to stop all the jibberish. After that, a hero emerges amongst who hopefully will lead his people to freedom.

Then, after all the happenings, Harec (the leader of the Raiders) recruits a group of rogues and starts to push them against those who would destroy his people. As they begin to clear the human invaders, the Raiders will soon face a new deadly threat intent on destroying the whole universe. When that happens, whose side are you going to stand for?

Knowing that the game will offer a lot, we know that players are going to be able to join a team as a Raider, which is going to be good for cooperative gameplay, or they can choose to fight against them!

Raiders of the Broken Planet will have new type of cover system, empowering the creation and tactics usage to get up close to the enemy.

If you’re still interested in registering for Raiders of the Broken Planet beta, make sure you visit this link: https://www.mercurysteam.com/raiders-of-the-broken-planet/beta

Below, you can see the Raiders of the Broken Planet #4Dividedby1 Trailer.

Hello, fellow readers! If you want to get in touch with us and participate in our discussion boards, make sure you visit our Forums. We are more than sure you will find something useful there, as most of the news are coming in there first. The forum is new, so be among the first ones to say Hello!
Tags
MercurySteam Raiders of the Broken Planet