Operation Health will be focusing on improving technical issues, deployment process, and bugfixes. You can see the image below, which was also published by Ubisoft. Knowing the game’s community wanting to have and enjoy playing an improved game, means that Operation Health will just focus on these three things (see pic below). 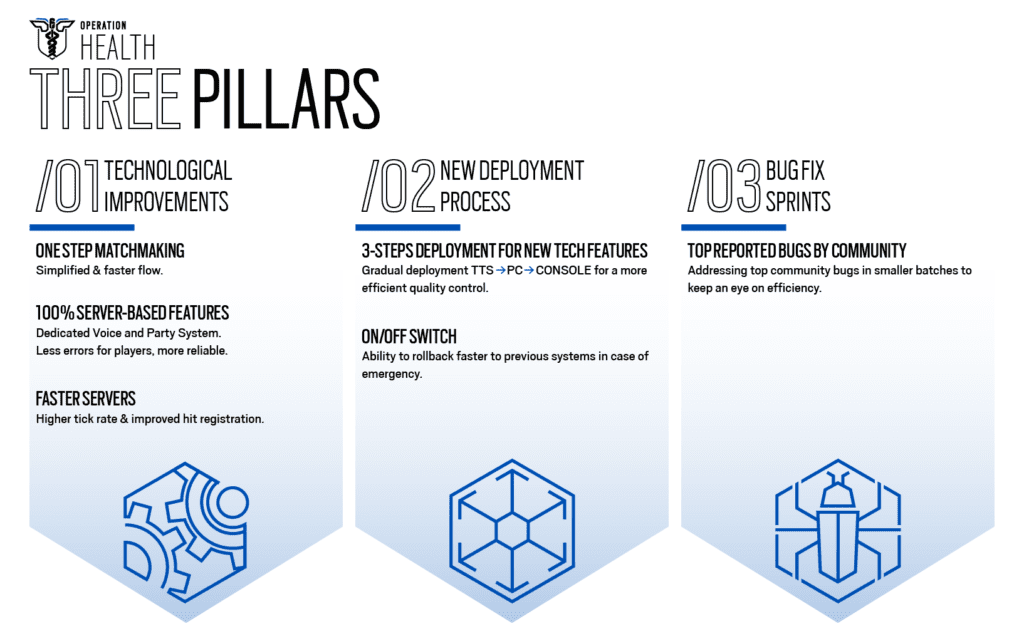 On the other side, we honestly think that avoiding two promised Operators within the next Y2 S2 Operation, the Rainbow Six Siege community might feel bad. Lurking around on Reddit, we cannot find anything trending at this moment, that points to this subject. This means that probably a lot of people do not even know about this.

Now, moving forward, Ubisoft has also published an image (see below), explaining what are the upcoming Operations going to focus on. Knowing that Operation Health will miss two Operators, it will focus only on improving the health of the game. Rainbow Six Siege was kinda in need of this kind of improvement but was not felt as that important. So, the next upcoming Operation will focus only on improving technical issues and bug fixes, including a new three-stage deployment which is going to focus on the update process. This means Ubisoft will first roll the updates on a Technical Test Server, then on PC and then on Consoles. There will also be a new feature that will give you the chance to roll back to the previous update if something wrong is going on. 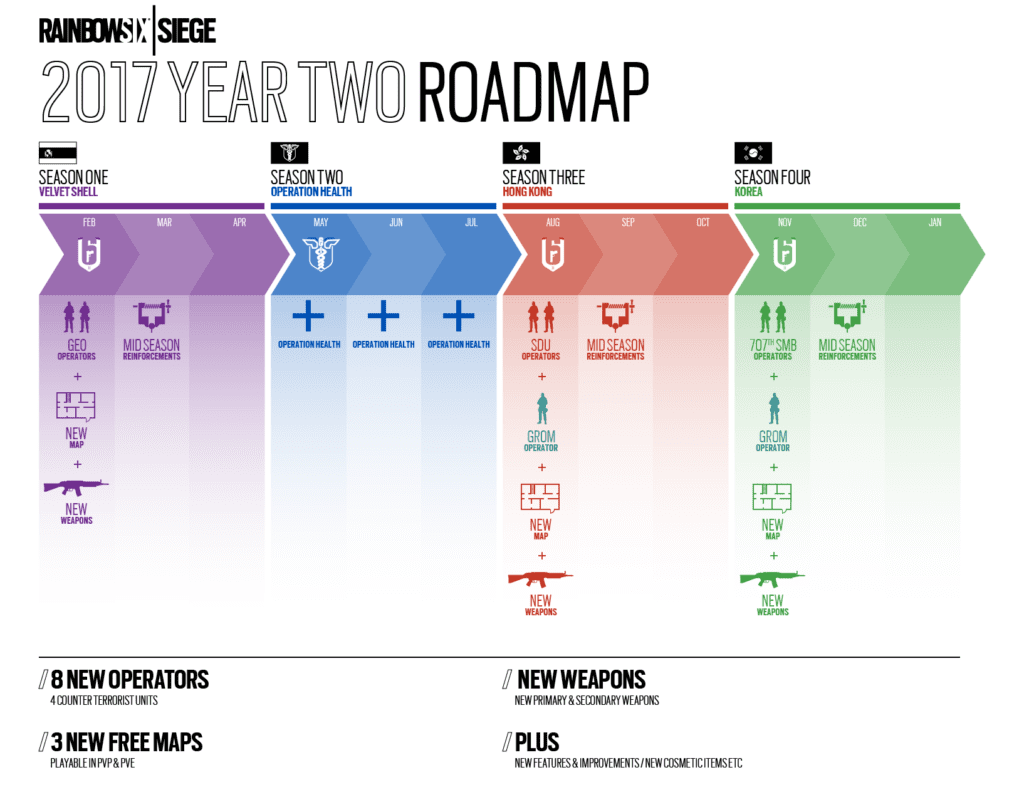 So because all of this, Operation Hong Kong will be released in Season Three. As you can see in the picture above, there will still be 8 Operators to come during the Year Two, so there isn’t any room to panic. Also, Operation Hong Kong and Korea will receive 3 operators each.

For more info you can visit Ubisoft’s official news blog.

Tell us your thoughts in the comments down below, what do you think about this change?

Hello, fellow readers! If you want to get in touch with us and participate in our discussion boards, make sure you visit our Forums. We are more than sure you will find something useful there, as most of the news are coming in there first. The forum is new, so be among the first ones to say Hello!
Tags
Operation Health Operation Hong Kong rainbow six siege 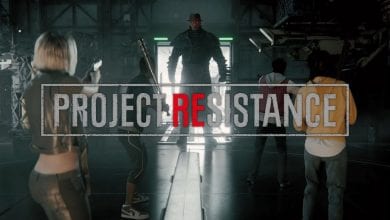 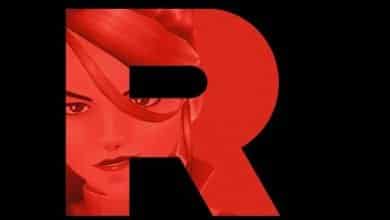