It’s time to get my hands on probably my most favorite StarCraft Hero in Heroes of the Storm, Artanis. A Protoss Templar, offering sharp and futuristic blades that are about to win every single game. This guide will help you accomplish that. If you’re a winner, feeling the power to carry your team to victory, this is the best guide you can get with the best talents for Artanis. Just make sure you get to Late Game, and unleash the true power of  Artanis. 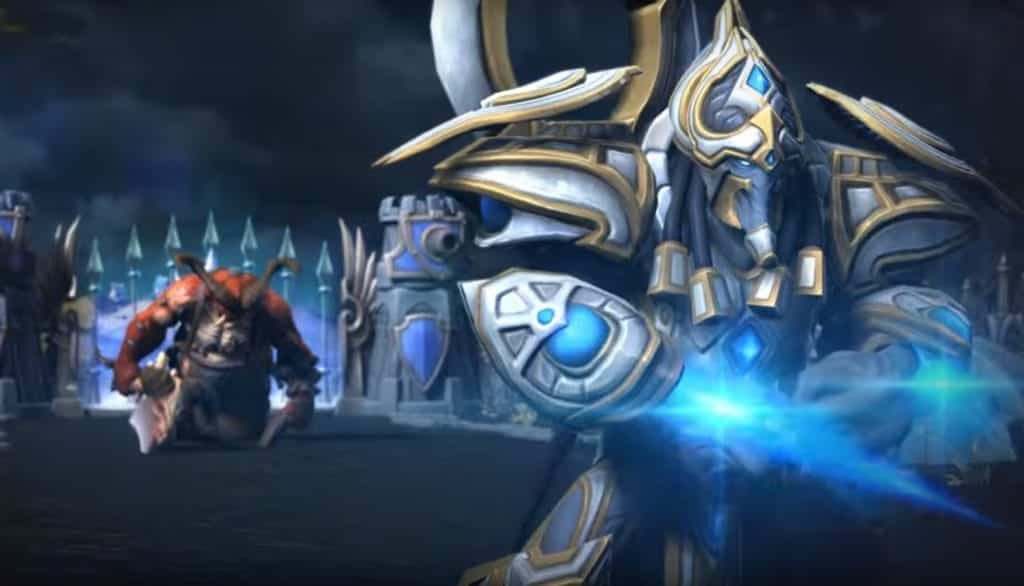 It’s time for the main part of the build, the talents. Artanis is such a useful Hero especially when he gets in late game. His Blade Dash and Phase Prism ability has a playmaking potential, pulling enemies out of their Support range, letting your teammates burst them down easily. Let’s start with the first three talents on level 1, 4, 7.

Now the reason behind these three talents is really simple. They’re all connected to what we said before, a late game build. Seasoned Marksman gives Artanis a damage boost, which is always welcome. Even though it comes as a quest, if you hit the late game you should be able to get the quest done. The second talent is Shield Surge, which is going to increase the Shield’s power by 75% when below 25% of Health. This talent comes good as a combo with our last talent which you’re going to see. And at level 7, we get the Follow Through talent, which is also a damage booster. There’s nothing else to explain around these three talents. They’re really simple to understand.

Picking up the Right Heroic

That being said, we have explained why we tend to use Suppression Pulse in this guide. Hopefully, you’ll find it useful too.

As we move forward in this build, you’ll find the true power of Artanis. The strongest talents are about to come, making him a beast in Heroes of the Storm.

Since we’re talking about damage and nothing else, Triple Strike is what you wanna get on Artanis. However, a lot of people are making mistake picking up the wrong talent after this one. Let’s preview the last 3 talents below:

To conclude our final build, it’s time for the very last talents. Triple Strike increases the number of Basic Attacks to 3, but increases the cooldown of Twin Blades for 1 second. This is well combined with Force of Will, which reduces the Overload Shield Cooldown by 6 seconds. And it all comes back to the beginning, and Talent Shield Surge. Having a strong healer on your team might help Artanis trigger Overload Shield for 2-3 times when below 25% of HP. Now, you realize how good of a guide it is. It’s time to try this Artanis guide and unleash the true power in Heroes of the Storm! Hopefully, you’ll improve your win rate and dominate every game.

Hello, fellow readers! If you want to get in touch with us and participate in our discussion boards, make sure you visit our Forums. We are more than sure you will find something useful there, as most of the news are coming in there first. The forum is new, so be among the first ones to say Hello!
Tags
Artanis Blizzard guide heroes of the storm