It’s time to dig up the power of The Necromancer Pack.

In addition to all that, you will get a new portrait frame, a pennant, new banner shape, wings, banner sigil and what actually puts the cherry on the top of the cake is the Half-formed Golem pet. Blizzard commits to giving a lot of rewards after receiving so many critics about the Necromancer pack, letting the devs know they should add more content. Every single Diablo 3 player is eager to participate a better adventure instead of grinding the same content with another class.

Blizzard has also released the Rewards preview, so you can check them out below.

Wings of the Crypt Guardian 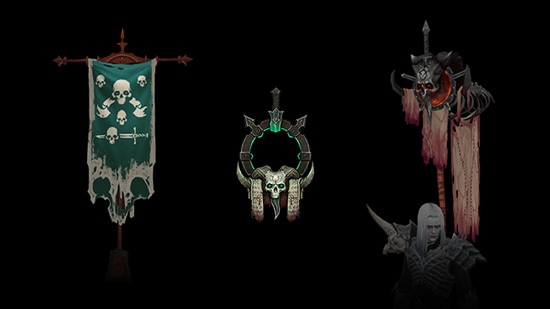 Angel Kicevski Follow on Twitter June 6, 2017Last Updated: June 6, 2017
0 1 minute read
Facebook Twitter LinkedIn Pinterest Reddit Telegram
Facebook Twitter LinkedIn Pinterest Reddit Telegram
Hello, fellow readers! If you want to get in touch with us and participate in our discussion boards, make sure you visit our Forums. We are more than sure you will find something useful there! The forum is new, so be among the first ones to say Hello!
If you are a video game developer and you have a submission to make, you can mail us at team@futuregamereleases.com