Do not despair, you might also get a rare Keeper of the Light mount or an ultra rare Necrophos scythe as you open more treasures of Immortal Treasure II. Increasing the odds is not something that happens for the first time, instead, Valve does that all the time. However, at the end of the day, it’s all about the Battle Pass Levels. More levels you have, more treasures you get. It’s simple.

What’s really fun and makes me eager to see is that the Immortal Treasure II has a chance to drop another chest which contains a Golden version of Chaos Knight, Pudge or Lina’s items.

If you’re a Battle Pass owner, The Immortal Treasure II is ready to unbox and is probably waiting for you in your inventory. If you’d like to preview all the item animations and sets, head on to Dota 2’s official website and take a peek.

Angel Kicevski Follow on Twitter June 16, 2017Last Updated: June 16, 2017
0 1 minute read
Facebook Twitter LinkedIn Pinterest Reddit Telegram
Facebook Twitter LinkedIn Pinterest Reddit Telegram
Hello, fellow readers! If you want to get in touch with us and participate in our discussion boards, make sure you visit our Forums. We are more than sure you will find something useful there! The forum is new, so be among the first ones to say Hello!
If you are a video game developer and you have a submission to make, you can mail us at team@futuregamereleases.com

Ember Spirit New 7.00 Build That Might Give You An Early GG 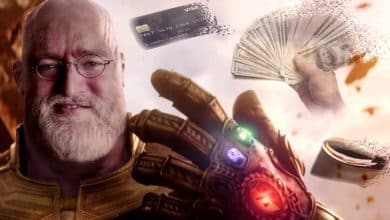