It’s time to release some more guides for Heroes of the Storm, to be more precise, for Xul. It’s fun to play with Xul, the Master Necromancer from the Diablo franchise. Playing Xul in Heroes of the Storm is mostly pushing oriented character, where you can easily push the lanes and also push the enemy team back to defend. Now, this Xul Build Guide is mostly oriented around split pushing with an explanation and guidance on how to do it successfuly. 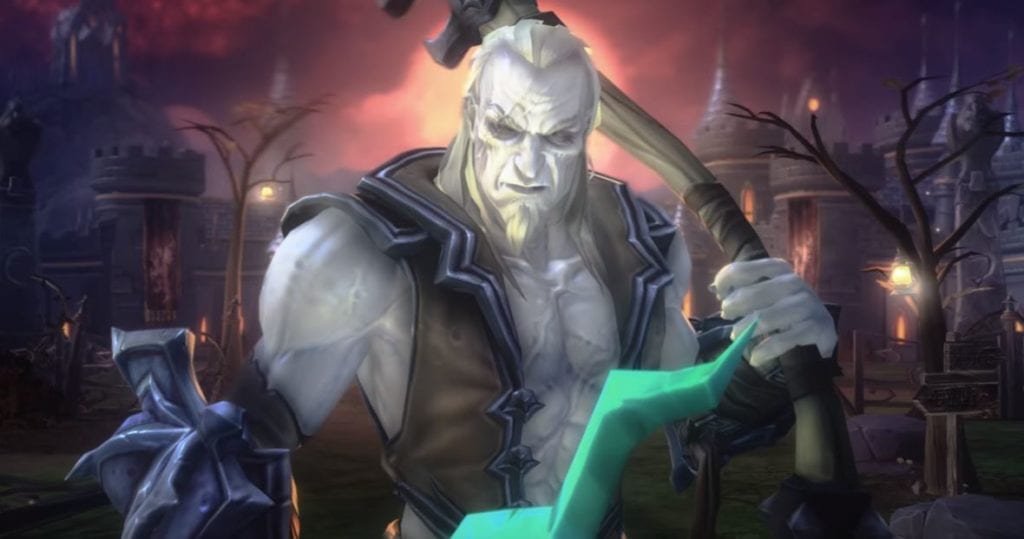 Now, when it comes down to Xul, we honestly do not think that there any other build that’s better than this one. Split pushing might be bad in Heroes of the Storm, but if you know how to do it, it might be really good. Even if we use Split Pushing Talents, we think that Xul is also good in every teamfight. Knowing his abilities, he can easily turn the fight in his team’s favor.

We always aim to determine the best talents for any HotS hero. So, let’s get to work and jump to the talents in this build.

The first talent pick depends on the enemies. If the enemy team has a lot of magical damage, you might want to go for Backlash, otherwise getting Shade is totally ok. This should be calculated and decided by yourself, because this talent might be a life savior in some very crucial moments.

As we said above, we have chosen to go with the Split Push talents. That’s why we favor Trag’Oul’s Essence before anything else. This will give you more mana, letting you stay longer on lanes, therefore getting more experience. With Xul is all about the experience too, more XP, better talents to perform more effective split pushes.

Then, we aim for Rathma’s Blessing which is a really good addition to a split push buld and also when combined with the previous Xul’s talent. Grabbing both extra Mana and Health is always good.

Unlike a lot of Poison Nova split push players, we decide to go for Skeletal Mages. Why? It gives a boost to a teamfight, knowing that Mages slow and also deal damage to enemy Heroes. This build is not just about hardcore split pushing, instead, it’s has a little bit of a teamfight potential in it.

Now, this is where things get interesting. As the game flows, you need to decide whether where this game goes. What’s the game’s orientation? Is it full of teamfights or just split pushing? Why? Because the next and upcoming talents can decide the game’s outcome. You need to decide between Giant’s Curse or Corpse Explosion. If the game is full of teamfights and strange pace, you might want to go for Giant’s Curse. If the game is a bit more passive, then you should pick Corpse Explosion.

As we move forward in this build, the next talent should be connected to the previous one, so if you’ve chosen Giant’s Curse, then you need to use Executioner, or if Corpse Explosion, then get Skeleton Mastery. It’s really simple.

At last, the Heroic Enhancement. Yep, in our case Raised Mage talent boosts our Heroic, so that’s what we go for in this build. We honestly do not find any of the others as useful.

As we said, this build is both fighting and pushing related, and you can easily rely on it. First of all, hop into a Quick Match and try this build. If it doesn’t suit you, come back here and give us your opinion on what should be changed.

We honestly hope you’ll like this Xul Build Guide, and of course the guide that comes within.

Hello, fellow readers! If you want to get in touch with us and participate in our discussion boards, make sure you visit our Forums. We are more than sure you will find something useful there, as most of the news are coming in there first. The forum is new, so be among the first ones to say Hello!
Tags
guide heroes of the storm Xul