According to the Sony global sales chief, Jim Ryan, PS4 is far more popular than Xbox One.

“It’s been pleasing that in North America, we’ve been 2-1 against Xbox, But in Europe, it’s really been fortress PlayStation by at least 3-1 in unit sales”, says Jim Ryan.

In the same interview, Sony claimed that since the release of SonyPlayStation VR, back in October 2016, proximately 1m units have been sold around the globe.

According to Shawn Layden, the Sony global game development boss, PSVR has been sold out from the first day. Jim Ryan told Times that PlayStation VR is in desperately short supply.

What we also know is that Japanese publishers are coming back to console with games like FFXV, RE 7, Nioh and more. This is very important for the company, as Japanese are one of the best game developers out there.

For last, don’t forget for this year’s PlayStation E3 conference, Who knows, they might have something special to announce.

Dejan KacurovJune 6, 2017Last Updated: June 6, 2017
0 1 minute read
Facebook Twitter LinkedIn Pinterest Reddit Telegram
Facebook Twitter LinkedIn Pinterest Reddit Telegram
Hello, fellow readers! If you want to get in touch with us and participate in our discussion boards, make sure you visit our Forums. We are more than sure you will find something useful there! The forum is new, so be among the first ones to say Hello!
If you are a video game developer and you have a submission to make, you can mail us at team@futuregamereleases.com 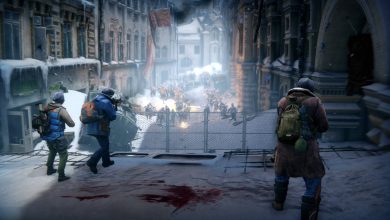