PlayStation Days of Play was announced earlier this week, where PS presented a beautiful new limited-edition gold PS4 for $249.99 USD, together with discounts on DualShock 4, PlayStation Gold Wireless Headset, and major PS4-exclusive games at retailers across the country.

Today, with the start of Days of Play, the players can enjoy some pretty awesome games on discounts. The PlayStation Store is in on with the deals on big games, Playstation Plus memberships, and a much more. 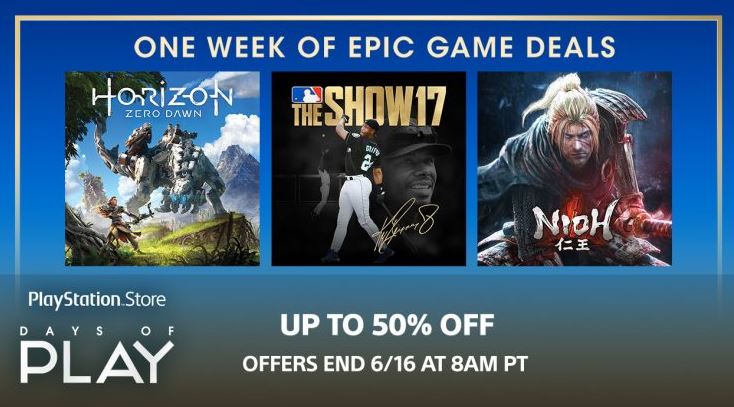 You can access the online multiplayer modes in any PS4 game you own without the PS Plus subscription, until June 16. The Days of Play’s Free Multiplayer Week starts now!

Through the Days of Play campaign, you can save a full year of Plus membership, with the free monthly games, exclusive discounts, online game saves and more. It does not matter if you are signing up or joining for another year, you will get $10 off a 12-month subscription at PS Store now.

But if you are already a PS Plus member and you need to renew your subscription during the promotion window, turn off “auto-renew” to receive the discounted pricing. Starting now until June 20, you can get a $15 credit when you spend $100 or more at the PS Store using your PSN Wallet.