Serious Sam VR: The Last Hope Arcadia Update is now available through Steam’s Early Access program. It’s time for you to enjoy the new content and new and improved Serious Sam VR experience. The new Arcadia Planet looks really amazing, which was also presented through a Launch Trailer made by Croteam.

This update is just another proof of getting closer to the full release on Steam. This was announced today by Croteam, hoping for the very best of their franchise. Tasting a real VR experience is what Croteam aim at, continuing the SSVR The Last Hope journey towards a hopefully a full SSVR release on Steam. Sam Serious Stone will visit Arcadia Minor and explore its four different locations, Sea Breeze, The Lost Valley, Meadow of Death and The Final Breath.

In addition to this patch, Sam receives some new toys like Devastating Cannon helping him killing all those brutal-minded creatures. While exploring the four different locations in Arcadia Minor, Serious Sam will face four new enemies, including a huge Earth Giant Boss eager to crush anyone who stands before him.

The Arcadia Update also offers some needed adjustments and improvements which are based on a community feedback. Croteam has been developing a really good content in the past for SSVR, including this one which is actually going to blow your mind and keep you put in the game longer than before.

At last, do not forget to watch the Arcadia Update Launch Trailer down below:

Angel Kicevski Follow on Twitter June 6, 2017Last Updated: June 6, 2017
0 1 minute read
Facebook Twitter LinkedIn Pinterest Reddit Telegram
Facebook Twitter LinkedIn Pinterest Reddit Telegram
Hello, fellow readers! If you want to get in touch with us and participate in our discussion boards, make sure you visit our Forums. We are more than sure you will find something useful there! The forum is new, so be among the first ones to say Hello!
If you are a video game developer and you have a submission to make, you can mail us at team@futuregamereleases.com

Serious Sam Collection comes out tomorrow on Nintendo Switch, Xbox One and PS4 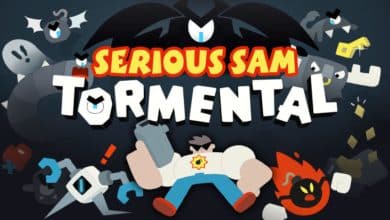