Someone needs a new engineer full of passion, talents, skills. Blizzard has published and opened a new job application form, right after the rumors for a Diablo II Remastered version. We honestly think that Warcraft III Remastered is and would be a lot better than Diablo II Remastered, making its fans extremely satisfied. If we compare it to both Starcraft and Diablo series, Warcraft is far behind, and it should be the first Game with a Remastered Version. However, that won’t happen because of the StarCraft: Remastered, which is coming out first. 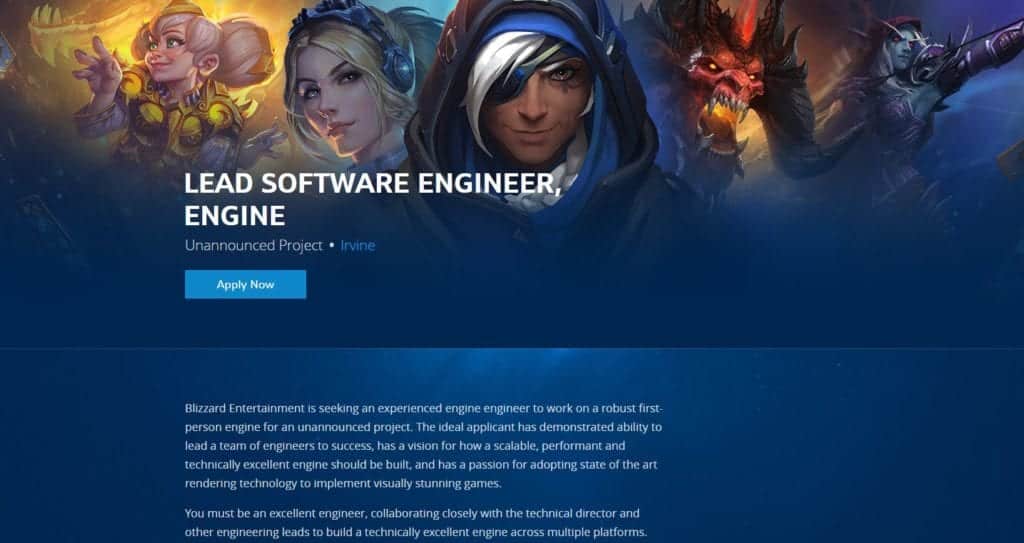 The new job application form can be found on Blizzard’s official website, however,  for Unannounced Project. The applicant has to meet Blizzard’s requirements for sure, knowing that it might be a project covering both game titles of Warcraft III and Diablo II in their creation of the Remastered versions.

After the announcement for StarCraft: Remastered, there’s nothing weird for Warcraft III and Diablo II to get a Remastered Version of the game too. We assume that this type of announcement is about to come, so do not be surprised at all.

Hello, fellow readers! If you want to get in touch with us and participate in our discussion boards, make sure you visit our Forums. We are more than sure you will find something useful there! The forum is new, so be among the first ones to say Hello!
Tags
Blizzard Warcraft III