It’s time for a brand new Malfurion guide, one of the best supports in Heroes of the Storm. His support is very significant and vital for the teammates he’s playing with, no matter of the pick. Malfurion’s abilities are very strong, and with the right talents build, he can scale up to completely another level. Ranged support is always valuable in Heroes of the Storm, no matter the circumstances. Being one of the most favorite supports among the HotS community it surely means something. That’s why we’re more than pleasured to make this build. 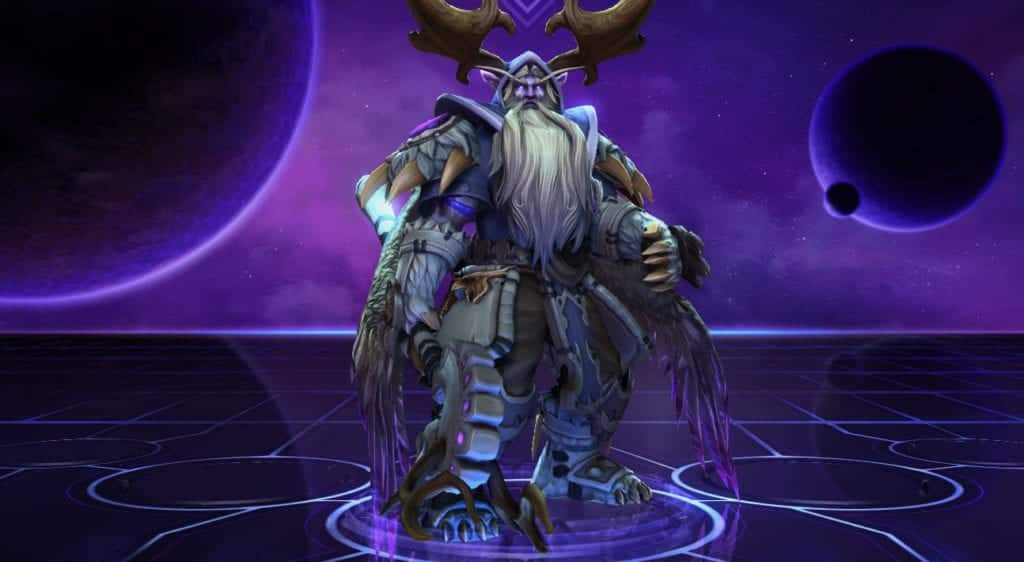 This build mostly weighs on Malfurion’s Entangling Roots spell as it’s one of the most valuable abilities in crucial fights. However, the timing is the most important, as always. That’s why we prefer going with the Entangling Roots build. Being a support is always hard, in every game, but Malfurion has everything he needs to turn the fight on his side. Let’s preview the best talents he owns!

Now, as we said above, Malfurion’s Job is to support his team and save the guys staying on his side. Malfurions heal is kinda alright, but at the end of the day it’s disappointing. As soon as you get to late game, the Heal seems a little bit disappointing. Regrowth will still be able to heal, but if we focus on using Entangling Roots better, that’s where the real turnaround occurs. As you’ve already seen, we decided to go with Scouting Drone on the first talent. This talent is super good if you play against invisible Heroes, as you may spot them whenever they enter the drone’s range. That’s where most of them fail and that’s why we suggest you place the Drones in stealthy areas.

If there are no stealth Heroes in the enemy team, then you can go with Shan’do’s Clarity and get the Trait’s cooldown reduction.

Both of Malfurion’s heroics are good. However, we’ve decided to go with Tranquility since Malfurion’s job is to support, instead of trying anything stupid which is going to result in a team wipe. It’s better to avoid Twilight Dream because you can give yourself an extra space at the last talents pickup. More about that on level 20.

This is where things become interesting. Malfurion will be a lot powerful than he was before, but it will require an extra skill.

You probably ask yourself a lot of questions at this very moment, but I can ensure you only one thing. This build will definitely win games for you if you have fast fingers and pay close attention. Even if Malfurion looks easy to play with, you better remove that from your head because it’s not. Because of this build, you’ll have 3-4 additional things to think about, and also ability rotation to pay attention to.

The level 13 talent is a talent you need to choose. As the game goes on, you should be able to decide which talent will be the best choice. At level 16, we jump the Tenacious Roots talent because we cannot miss Revitalize. Revitalize will give you extra cooldown which is more important than anything else. At the very end, Rewind is the talent we go for.

After you execute the abilities in the right order (first basic then trait), use Malfurion’s Trait, you will get extra cooldowns on all of the Basic Abilities, especially on your Entangling Roots. As we said, Entangling roots is your strongest weapon so you do not want to use Malfurion’s Trait before that. After you’ve done that, you can burn the basic abilities again and use Rewind. The funny part is that this build makes Malfurion kinda using 6-7 buttons instead of 4 :).

Wish you all the best using this build and we also hope that it will help you a lot!