Thanks to its community, Just Cause 3 can now be enjoyed playing. A fan made Multiplayer mod has been released today, allowing players to compete in Deathmatches, Races, or Role Play, or just roam around and enjoy the fun. The Just Cause 3 Multiplayer mod involves dedicated servers, and players can join the one that suits them the best. The most exciting part in this is that the servers support hundreds of players. I mean, it’s a Sandbox game so yes, that shouldn’t amaze you at all. 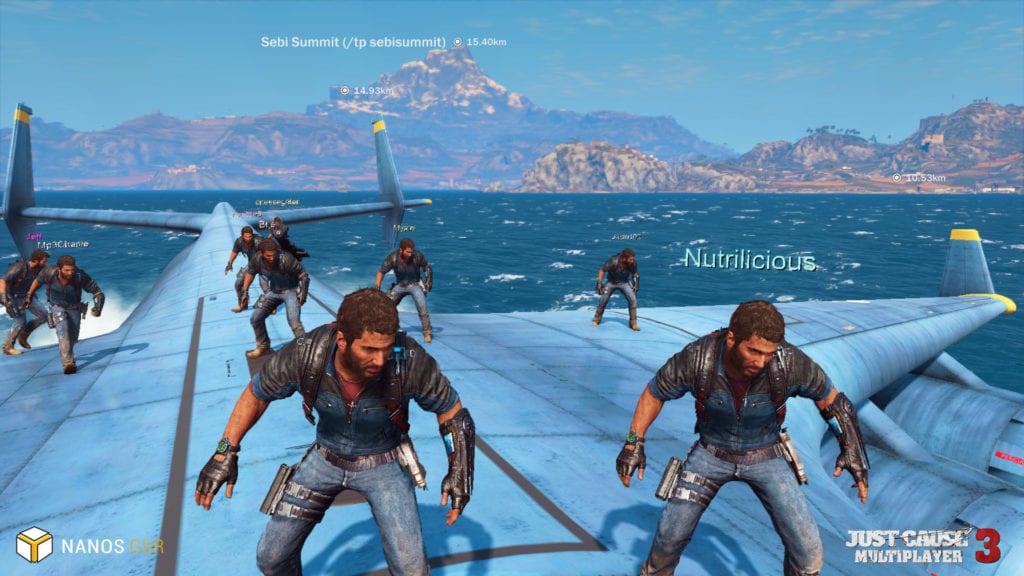 A group of people calling themselves Nanos are the ones who stay behind this masterpiece. This mod excites thousands of Just Cause 3 players as they thought the game’s playability is long gone. Well, it’s time for a recall after a year and a half since Just Cause 3 release. Thanks to this mod, Just Cause 3 will probably receive a big collection of fan made servers.

This mod is available to download on Steam only if you own a copy of Just Cause 3, just click over here to find out more. Square Enix is still listed as a publisher even though Nanos have created this on their own.

Nanos have been working on this project for over a year in order to get it working. Well, after the beta, it’s glad to see a game like Just Cause 3 finally receive a multiplayer mod, creating joy and happiness to the whole Just Cause 3’s community. Prepare for a mayhem!