With really strong real-time tactics approach that you need to master, the game will return to PS4 and PC during the next month as fourth of the Sudden Strike series. After Sudden Strike 4‘s beta announcement it was about time to share something new. It’s time to enjoy Sudden Strike 4 and conquer everything we can. Even if its last edition was back in 2010, on August 11, 2017 Sudden Strike will return making its first appearance on consoles. 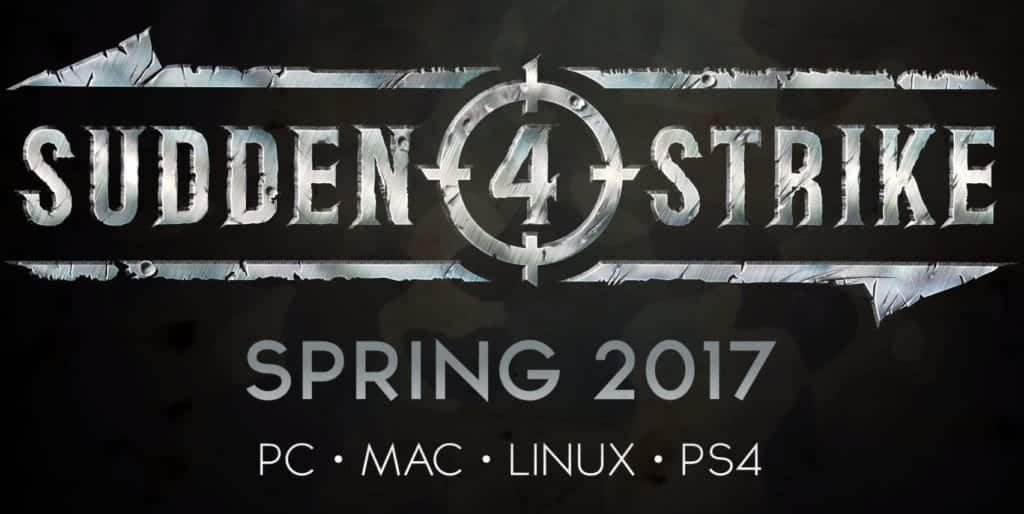 Sudden Strike is a really strong strategy tactic wise game which is set in World War II. Sudden Strike 4 will be even more than that. The game will get more of everything compared to its previous versions, just as Kalypso Media announced. After the closed beta launch, the game offered new campaigns and missions, allowing players to command Allied, Soviet and German forces during the operations of Word War II. The Game was announced at Gamescom 2016 and after that its beta version came out.

Choosing generals with different doctrines, infantry or support will be possible in Sudden Strike 4. Even if we’re speaking about a strategic military game, PS4 players will get their chance to taste this real-time strategy game on their gamepads. Maybe, in future, we’ll witness a new cross-platform between the PS4 and PC. Time will tell. The better you perform, the better the rewards you get. Sudden Strike 4 will require a lot of skills, knowing that the multiplayer will accommodate up to 8 players.

That being said, Sudden Strike 4 will launch on August 11 on both PlayStation 4 and Windows PC. It’s time to repeat and experience what our predecessors have done before.

Angel Kicevski Follow on Twitter July 9, 2017Last Updated: July 9, 2017
0 1 minute read
Facebook Twitter LinkedIn Pinterest Reddit Telegram
Facebook Twitter LinkedIn Pinterest Reddit Telegram
Hello, fellow readers! If you want to get in touch with us and participate in our discussion boards, make sure you visit our Forums. We are more than sure you will find something useful there! The forum is new, so be among the first ones to say Hello!
If you are a video game developer and you have a submission to make, you can mail us at team@futuregamereleases.com