Nova Blitz’s Early Access is finally over and the game made a move towards a more serious spot. The game is now finally launched as it joins the pool of card games that are currently available on the market. Nova Blitz should increase its player’s pool and you should also expect and see a lot more players currently in-game. I mean, the game hasn’t got a lot of active players, even if the game comes for free. The lack of people might result in shutting down this project. 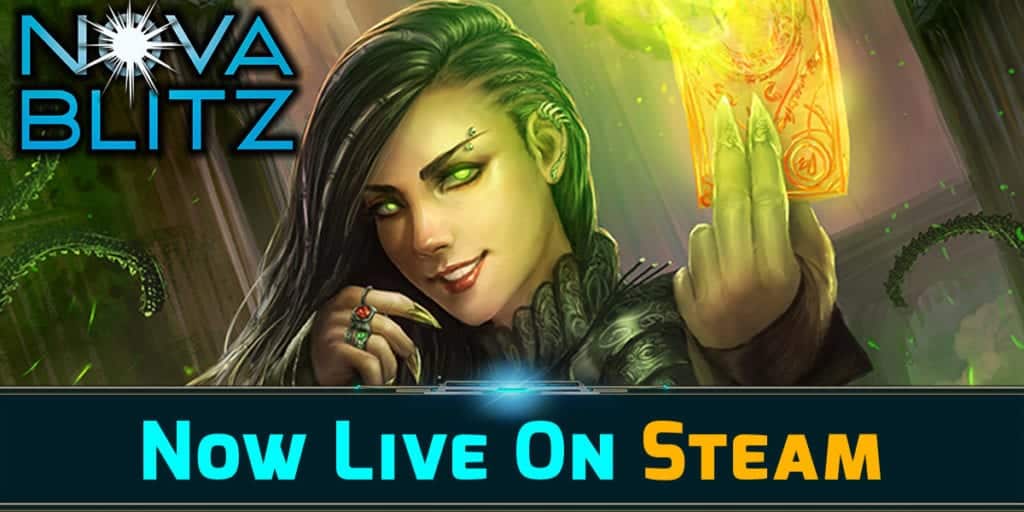 Just as any card game out there, you can challenge and duel your opponents in real time with simultaneous card moves, hoping for the best outcome. As Dragon Foundry stated, this is the time where the real work starts. Pushing updates and fixing numerous of bugs is what the developers aim to do.

However, comparing this game to all the card games out there, it seems like this game lacks what’s so called competitivity and a good explanatory gameplay. Nova Blitz is launched on July 11, while it gets rid of the Early Access tag and seeks for what’s so called popularity and player engagement. Seeking for players might be a tough task to success, but that’s what Dragon Foundry and Hashbang Games should do at this very moment.

Angel Kicevski Follow on Twitter July 12, 2017Last Updated: July 12, 2017
0 1 minute read
Facebook Twitter LinkedIn Pinterest Reddit Telegram
Facebook Twitter LinkedIn Pinterest Reddit Telegram
Hello, fellow readers! If you want to get in touch with us and participate in our discussion boards, make sure you visit our Forums. We are more than sure you will find something useful there! The forum is new, so be among the first ones to say Hello!
If you are a video game developer and you have a submission to make, you can mail us at team@futuregamereleases.com