Pro-Overwatch players are making a minimum $50k a year according to the Overwatch League Player Agreement. But, that’s not all.

Overwatch’s Pro gamers are signing one year contract which includes retirement plans and health insurance. Also, they can make more money. This depends on player’s performance during a tournament.

According to Game Rant, “During just the first year of competitive Overwatch eSports, there will be a total of $3.5 million distributed in the form of bonuses for playoff wins and other assorted League victories. For Season 1 there will also be a minimum of $1 million given to the champion team, leaving a lot of money on the line for potential victors to add to their already impressive salaries. It seems that this prize pool is just a drop in the bucket for the League, though, as the organization is set to earn a staggering $720 million every year.”

And again, that’s not all. The players have other rules to follow up. The team must be 6-12 players, no matter where they come from. Overwatch’s eSports are providing “sports court”, where the players can practice and learn more about their teammates.

So, how does it sound to be part of the big Overwatch Family? Do you have the skills to join in one of the 7 pro teams and become a Pro-Overwatch player?

Dejan KacurovJuly 28, 2017Last Updated: July 28, 2017
0 1 minute read
Facebook Twitter LinkedIn Pinterest Reddit Telegram
Facebook Twitter LinkedIn Pinterest Reddit Telegram
Hello, fellow readers! If you want to get in touch with us and participate in our discussion boards, make sure you visit our Forums. We are more than sure you will find something useful there! The forum is new, so be among the first ones to say Hello!
If you are a video game developer and you have a submission to make, you can mail us at team@futuregamereleases.com 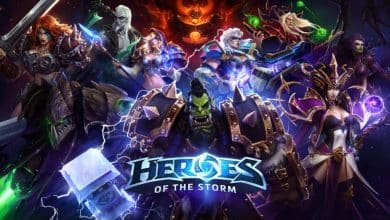 Heroes of the Storm Is No Longer Getting Major Updates