Bohemia Interactive has announced the launch of the previously known “Orange DLC”. Laws of War will be the name the DLC refers under. As Bohemia stated, the Law of War DLC will offer a whole new and different perspective on the battlefield. Overall, we expect to be the best DLC ever that came to Arma 3.

Even if the game suffers from bad optimization, the fans are more than eager to get their hands on the DLC. Well, what’s even more important is that at the same time of the DLC Release, Arma 3 will receive a new platform update which is going to add a lot of content and is going to come for free to everyone who already owns Arma 3. The was simulator will become even better, as this is Bohemia Interactive at its best.

Furthermore, the Laws of War DLC has received a reveal trailer published by Bohemia Interactive, and you can find it below:

New content, assets, Vehicles, Campaigns and more. Arma 3 will improve its content by far, despite it suffers from optimization issues. The Laws of War DLC is scheduled for release in early September, and is already available for pre-order on Steam and the Bohemia Store for only $11.99.

Angel Kicevski Follow on Twitter August 11, 2017Last Updated: August 11, 2017
0 1 minute read
Facebook Twitter LinkedIn Pinterest Reddit Telegram
Facebook Twitter LinkedIn Pinterest Reddit Telegram
Hello, fellow readers! If you want to get in touch with us and participate in our discussion boards, make sure you visit our Forums. We are more than sure you will find something useful there! The forum is new, so be among the first ones to say Hello!
If you are a video game developer and you have a submission to make, you can mail us at team@futuregamereleases.com 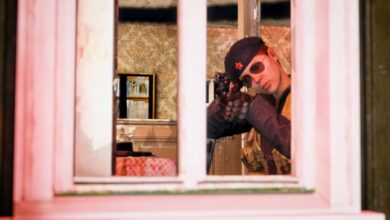