We still think that Fifa is one of the best Sports games out there, and EA sports should not miss adding new types of celebrations and skill moves. Players are eager to see that, as every gamepad master will definitely try to master all of the new moves. It’s one of the very best reasons players decide to go with Fifa 18 as their main Soccer game instead of anything else.

There are some rumors that Fifa 18 will include new types of dribbling skills, but it remains to see if there’s going to be any. Over the past, EA has been improving the skill and celebration animations as well as adding new. As a surprise to this, Ronaldo will get his signature skills and also his well-aligned movement. He was wearing EA’s motion suit so yes, it will be a pleasure to play with Ronaldo in FIFA 18.

Ronaldo – One of a kind

While we’re speaking about dribbling, this year’s Fifa 18 is fueled with Ronaldo’s movement, so make sure there will be something that will surprise you all. On the other side, as an addition to the game, I would love to see how MyPlayer supports 11v11 matchmaking and remind me of the Fifa 12 days. Damn, those days felt good.

FIFA 18’s actual gameplay has been revealed at the Fox Live Event, and MGH has republished the same. Check out the video below. The video also includes one of the new celebrations.

Do not forget that if you pre-order FIFA 18, you’ll be able to play the game in a 3-day early access, and receive some FUT bonuses. Fifa 18 is the best sports game out there, and every material released until now just proves the same. As we move from one year to another, the game just builds on what it already has, which is improving Fifa 18 in every single way. It feels like this year’s Fifa 18 will include a lot of new things while also including new Skills and Celebrations too.

Angel Kicevski Follow on Twitter August 3, 2017Last Updated: August 3, 2017
0 1 minute read
Facebook Twitter LinkedIn Pinterest Reddit Telegram
Facebook Twitter LinkedIn Pinterest Reddit Telegram
Hello, fellow readers! If you want to get in touch with us and participate in our discussion boards, make sure you visit our Forums. We are more than sure you will find something useful there! The forum is new, so be among the first ones to say Hello!
If you are a video game developer and you have a submission to make, you can mail us at team@futuregamereleases.com 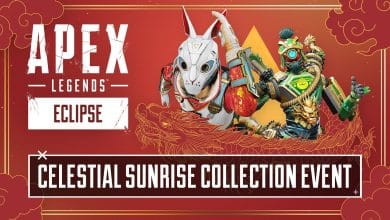