After The Division 1.7 Update, there had to be some finesses additionally done. That’s why Massive has decided to release a new 1.7.1 patch, which should improve both the Leaderboards and Gameplay. After the 1.7 update and the promises that there will no longer be any RPM hacks or exploits, players have successfully found another out of fun. Well, we hope that the RPM exploit is now completely fixed and there will be no further ado in 1.7.1. 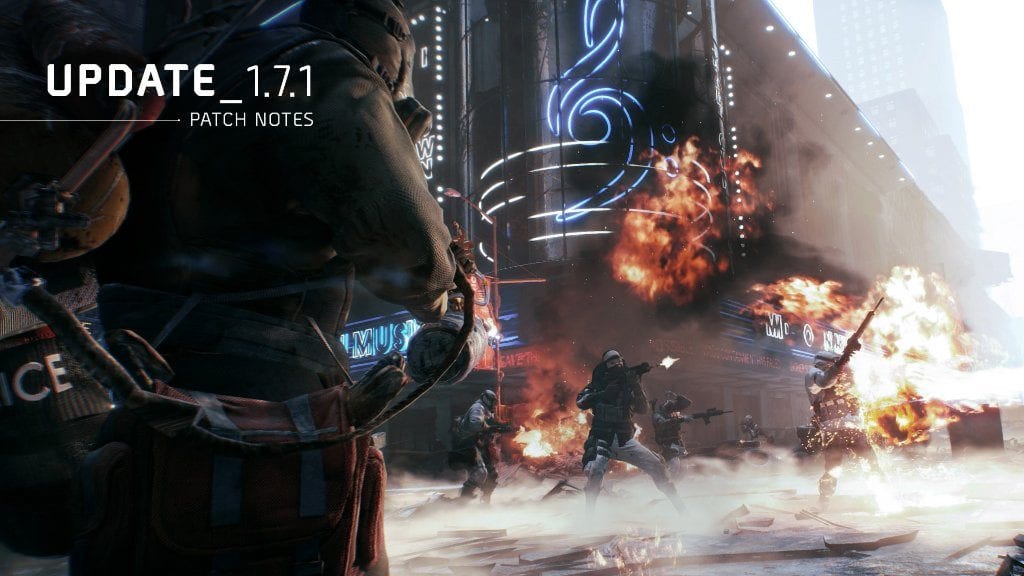 The Division had many ups and downs throughout its past and somehow is still struggling to find the right velocity and deny players of discovering any further issues. That’s why the 1.7.1 update has come to live a couple of weeks after the announcement of patch 1.8, Resistance update. The good part over here is that Massive has chosen the right order by first getting rid of any known current issues and then release a brand new content.

Enough said, below you can find the changelog of update 1.7.1:

Angel Kicevski Follow on Twitter September 19, 2017Last Updated: September 19, 2017
0 1 minute read
Facebook Twitter LinkedIn Pinterest Reddit Telegram
Facebook Twitter LinkedIn Pinterest Reddit Telegram
Hello, fellow readers! If you want to get in touch with us and participate in our discussion boards, make sure you visit our Forums. We are more than sure you will find something useful there! The forum is new, so be among the first ones to say Hello!
If you are a video game developer and you have a submission to make, you can mail us at team@futuregamereleases.com

Trackmania is coming to cloud and consoles in early 2023