Now when Rainbow Six Siege’s Season 3 is out, it’s time for some fun. Oh, wait, the fun you say? As much as I want to emphasize on how good of a game is Rainbow Six Siege, there’s always something stopping me from doing that. I wanted fun. Therefore, I’ve decided to hop in R6Siege Season 3 and just enjoy my free time. After a good 5-6 hours of playing, I ‘ve found out that there are still some issues that need an address. That’s what bothers the inside of me which also connects to the Shut Down of Operation Health.

Not that Operation Health was good, but it did fix some known issues. However, let’s get back to Blood Orchid because that’s the current Rainbow Six Siege Operation.

What I’d love to point out is that the servers are better than in Operation Health. They’re better concerning lower pings that what we used to have whenever I queued up for a game. As promised, Ubisoft has managed to close those issues and contribute for smoother gameplay.

No doubt, the best content in Blood Orchid is the three new Operators, Ying, Lesion, and Ela alongside the new Map: Theme Park. At first look, Theme Park feels like a large map. But the moment you learn the map, you’ll find out that it’s not that big.

Now, let’s jump to the Operators. Ela, Ela’s Unique Ability is enough Overpowered together with Ying’s Unique Ability. Those short flash strikes can blind you like hell and make you lose the advantage over the defended area. On the other side, Lesion’s ability is quite useless. No matter if the GU mines are recharging over-time, they are simply underpowered. It feels like Lesion is the most useless Operator in the game right now, except the Suppressed Shotgun he possesses.

Let’s put that aside. Overall, Blood Orchid is a pleasing Operation whit its pros and cons. But still, I do think that Ubisoft might want to consider on forging a brand new Operation Health 2. Operation Health should’ve never ended at first place. Hopefully, we won’t encounter any new issues in this Operation and enjoy the new content and better visuals.

Angel Kicevski Follow on Twitter September 5, 2017Last Updated: September 5, 2017
0 1 minute read
Facebook Twitter LinkedIn Pinterest Reddit Telegram
Facebook Twitter LinkedIn Pinterest Reddit Telegram
Hello, fellow readers! If you want to get in touch with us and participate in our discussion boards, make sure you visit our Forums. We are more than sure you will find something useful there! The forum is new, so be among the first ones to say Hello!
If you are a video game developer and you have a submission to make, you can mail us at team@futuregamereleases.com 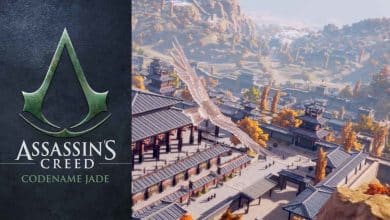