After quite a while, Battlestate Games launches Asian servers for Escape From Tarkov. New Asian servers should contribute to a better overall performance, knowing that the EU server load will be lighter. Therefore, players will be able to enjoy their games without experiencing the very known “desync”, which is a bit of pain in the game.

Let’s not forget that we’re speaking about a Closed Beta Phase. The game is still far away from stable and perfect. Knowing that it’s not finished, it will include more features than you can imagine, including an Open World after the developers finish all the raids, including a personal player hideout as well. More about this we’ll speak in the next article.

Back to the subject, Escape From Tarkov should share the player impact among different regions, which should lead towards a better player experience. Escape From Tarkov should receive a new patch in the next 5 days or so, including an account wipe as always so players will have to start from the beginning again. Battlestate Games have taken a lot of the time in creating this game and releasing a final product. Hopefully, all of the spent time will turn into a great Escape From Tarkov game.

Angel Kicevski Follow on Twitter October 17, 2017Last Updated: October 17, 2017
0 1 minute read
Facebook Twitter LinkedIn Pinterest Reddit Telegram
Facebook Twitter LinkedIn Pinterest Reddit Telegram
Hello, fellow readers! If you want to get in touch with us and participate in our discussion boards, make sure you visit our Forums. We are more than sure you will find something useful there! The forum is new, so be among the first ones to say Hello!
If you are a video game developer and you have a submission to make, you can mail us at team@futuregamereleases.com

There Might be a New Escape From Tarkov Developer Livestream Soon 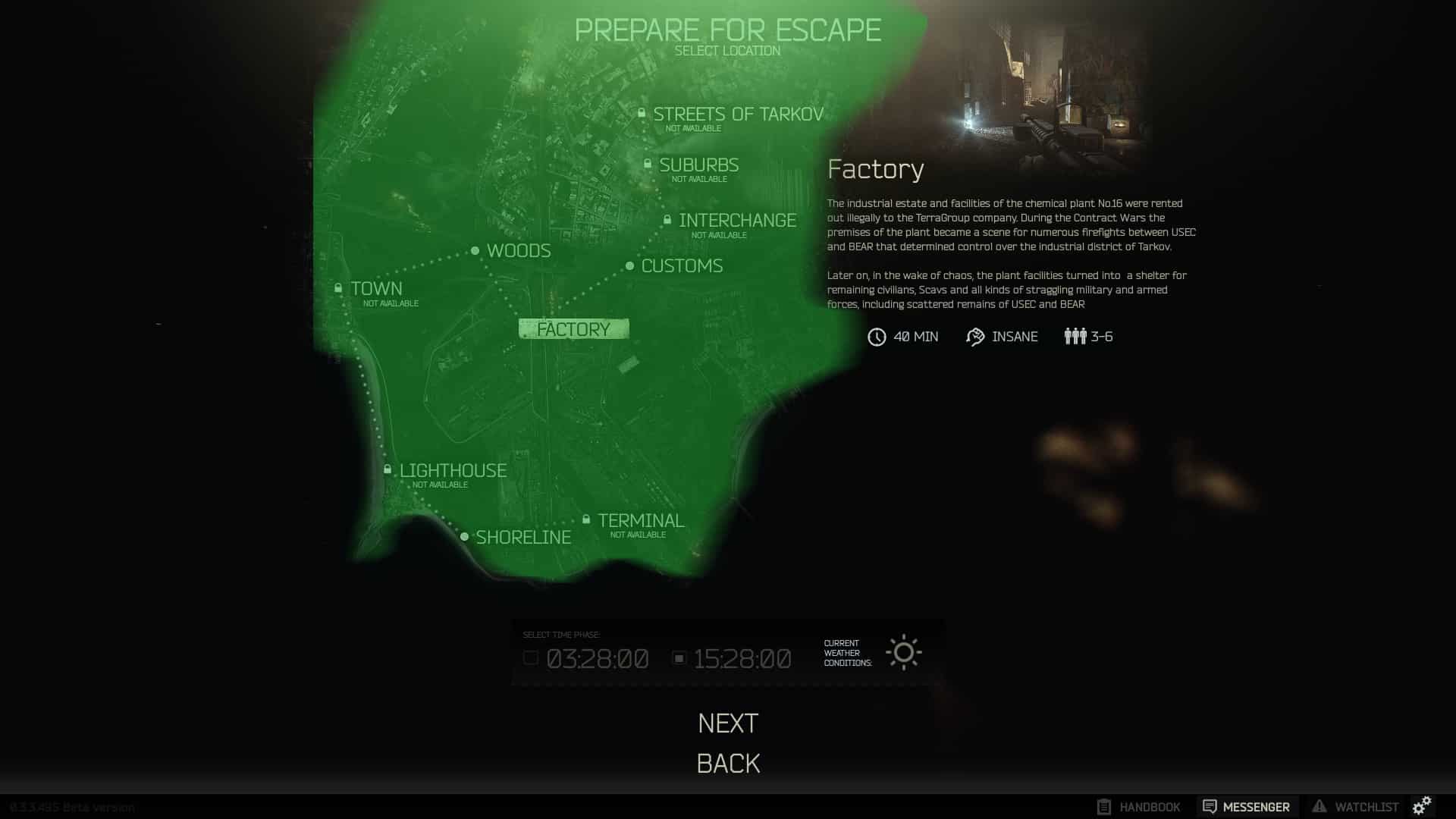 Escape From Tarkov to Include Open World