Larian’s RPG, Divinity: Original Sin 2 is quite an amazing journey to travel on. Thanks to all the community’s feedback, this update addresses the already known issues within the game. That being said, Larian Studios are very satisfied from the player’s feedback during the past period, which allowed them to determine the mistakes within their masterpiece of creation. 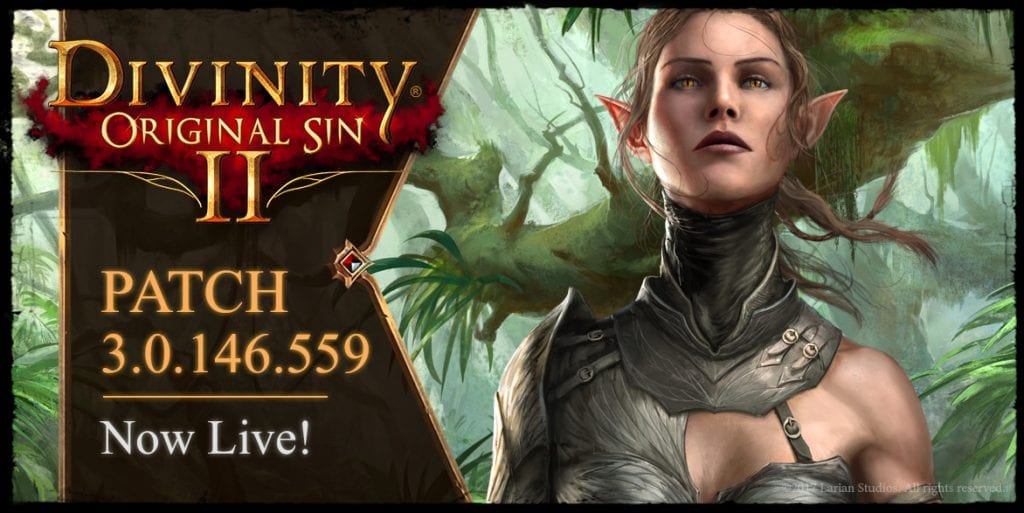 Like said it´s big. But big is good because this update should address the most important issues you’ve been flagging. In addition to the obligatory bug fixes and balancing changes, this patch contains a number of content changes that should make your journal clearer and your journey through Arx smoother.

Divinity: Original Sin 2 will get optimized AI’s performance and add a variety of improvements, like the camera shake when being poisoned. Overall, it should add a bit of everything to what the game has offered and hopefully will get in the way of all the players who haven’t finished all the acts yet.

By fixing the already known issues while also improving the sound quality and getting rid of known bugs as well, it has to be considered for a good update rather than bad. Below you can find the full changelog: