Pokemon Go’s Halloween event is now live, and Trainers around the world have a chance to catch Gen 3 Ghost Type Pokemon, Pikachu with a Witch hat, Mimikyu’s Hat, 2x Candy for catching, hatching and transferring, the Buddy can find x2 faster and special boxes sale including Raid Passes and Super Incubators.

During the event, there will be promotions, which include some special bonuses and also the fun part, releasing five Gen 3 Pokemon. Some perks and these new creatures are already available in the game, and will remain there between October 20 and November 2.

As we know, Niantic will encourage more gameplay by providing players some excellent options. Also, there are new Gen 3 Pokemon which include Duskull, Dusclops, Sableye, Shuppet and Banette. The previous dark-type Pokemon like Houndor and Gastly, will spawn more frequently.

Also, the double Pokemon candy will be awarded for the in-game actions, which include evolutions, transfers, egg hatches and buddy Pokemon. And of course, special Halloween-themed Pikachu available to catch.

During this event, there will be three boxes available, The Special box, The Great box and The Ultra box:

It is now confirmed, Sableye can be hatched from 10km Eggs, as well as it’s shiny form and here is the proof.

For last, a new wave of EX Raid invitations has been sent, and only selected Trainers will have a chance to battle and catch Mewtwo (or maybe Ho-Oh) on October 27 at 12:00 PM – 12:45 PM.

There are also plans for the rest of the Pokemon from Gen 3, and Niantic said that they are planning to release them in December. This special Halloween event will last until November 2 at 1:00 PM, so you should take advantage of the event before it ends.

Dejan KacurovOctober 23, 2017Last Updated: October 23, 2017
0 1 minute read
Facebook Twitter LinkedIn Pinterest Reddit Telegram
Facebook Twitter LinkedIn Pinterest Reddit Telegram
Hello, fellow readers! If you want to get in touch with us and participate in our discussion boards, make sure you visit our Forums. We are more than sure you will find something useful there! The forum is new, so be among the first ones to say Hello!
If you are a video game developer and you have a submission to make, you can mail us at team@futuregamereleases.com 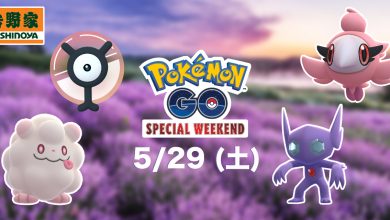 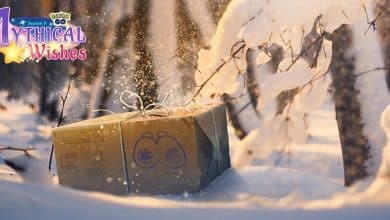