As the reports say, the two cheaters have been using aimbot software,  “with the deliberate intention of ruining the game for other players and players who watch streamers.”

Epic Games have decided to sue both parties for alleged copyright infringement and shared the following “The Defendant and His Unlawful Acts” form: 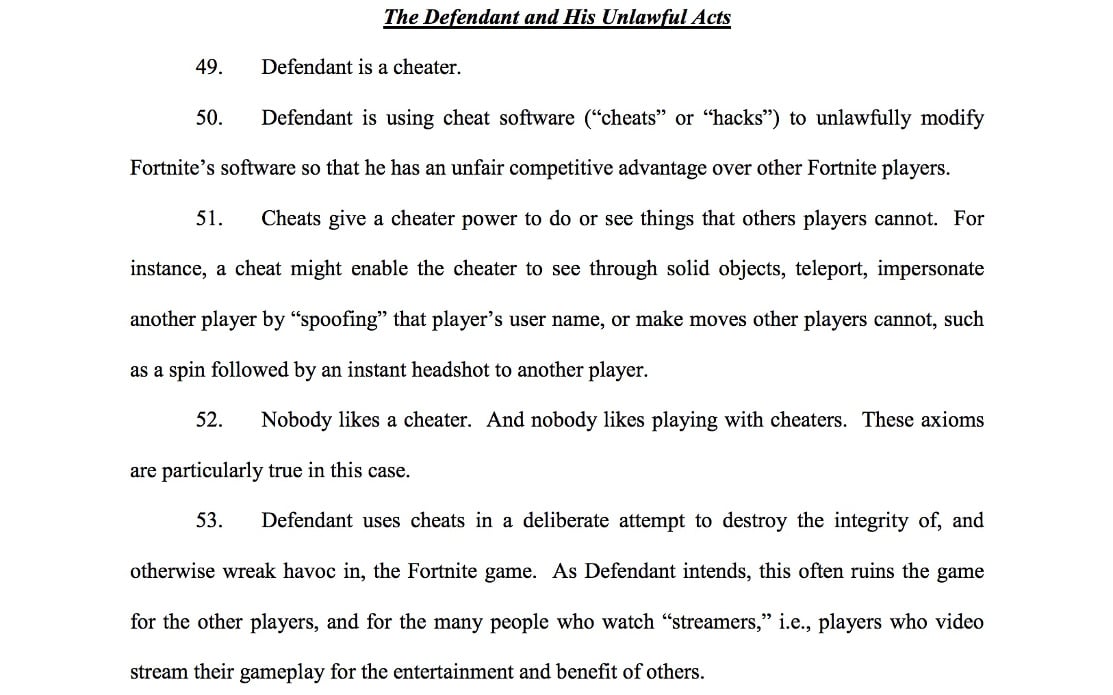 Epic Games have also shared their thoughts on cheating:

“When cheaters use aimbots or other cheat technologies to gain an unfair advantage, they ruin games for people who are playing fairly. We take cheating seriously, and we’ll pursue all available options to make sure our games are fun, fair, and competitive for players.”

But, what Epic Games didn’t know is that one of the players is a 14-year-old, a minor, which means a person under 18 who has not been court emancipated.

The 14-year-old appealed against the DMCA takedown request of his Youtube video, in which he has been showing the cheat, and Epic Games have written the following in a statement to Eurogamer:

This particular lawsuit arose as a result of the defendant filing a DMCA counterclaim to a takedown notice on a YouTube video that exposed and promoted Fortnite Battle Royale cheats and exploits. Under these circumstances, the law requires that we file suit or drop the claim. Epic is not okay with ongoing cheating or copyright infringement from anyone at any age. As stated previously, we take cheating seriously, and we’ll pursue all available options to make sure our games are fun, fair, and competitive for players.

But the mother of the 14-year-old wasn’t happy about her son being sued and wrote a letter to the court, and called on the District Judge to dismiss the case. 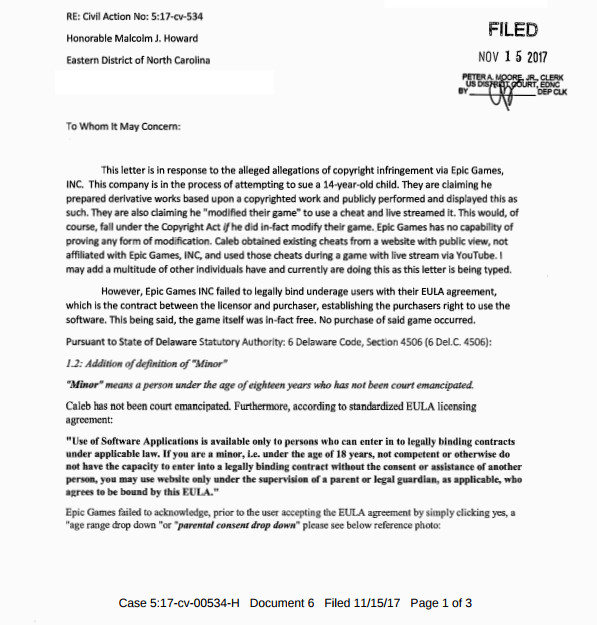 To be honest, this is quite unfair to many players, so I don’t encourage anyone to do this and I hope this is a pretty good lesson for everyone!

The Last Of Us Part 2 Gunsmith Feature Leaked