We heard that Nintendo will host a Nintendo Direct on January 11. Part of the Nintendo Direct’s lineup is rumored to be the main series Pokemon games from Game Freak. 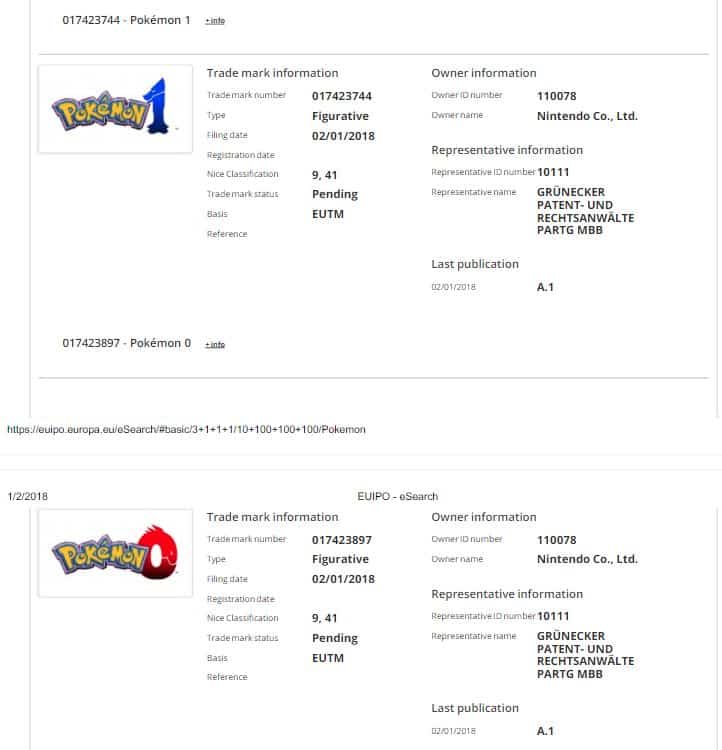 Just to clear things up, this is currently a speculation. We suggest for the fans to wait for an official statement from Nintendo.

For our luck, we will not wait much longer to find out if Pokemon 1 and 0 are the names of the Switch Pokemon games. Nintendo will probably host a Nintendo Direct next week, on January 11, and we will probably find out during this event. Until then, don’t forget to subscribe to us and get the latest Pokemon news.

Hello, fellow readers! If you want to get in touch with us and participate in our discussion boards, make sure you visit our Forums. We are more than sure you will find something useful there, as most of the news are coming in there first. The forum is new, so be among the first ones to say Hello!
Tags
Nintendo Direct nintendo switch Pokemon 1 and 0