Yes! It was time for Ela’s nerf. As always, there’s a reason there’s a meta in every single game, and most of the players tend to follow it, but hey, it’s a game. I wasn’t frustrated by the fact that Ela holds the best win ratio, but that she was present in almost every game. However, Ela’s time has come, and Ubisoft has finally decided to spread out a bit more balance.

Balance is a vital part of a game of Rainbow Six Siege’s caliber. The characters have special abilities, and we’re quite cautious that balancing might cause some issues. Because of that, Ubisoft has decided to take it slow with Ela, because apparently, she was the only one overpowering the competition. The nerf is lowering her SMG’s magazine size to 40 bullets.

I do not think that Ela’s nerf will do anything regarding the stats, and I am a bit scared because of it. Patch 4.2 is mostly about game balance in total. As Ubisoft stated, there will be other gameplay changes and among them is the concussion effects. Despite Ela, Ash is getting a nerf as well, as her R4-C damage will reduce to 39.

However, on the other side of the stories, Capitao is getting a buff, finally. It is one of the least picked Operators in the game, and therefore he needed some love from the devs. If we summarize, it seems like Ubisoft is heading the right way providing a balance update and taking care of the bad experience. Rainbow Six Siege was no stranger to the struggle in the early days, but now we can safely say that we have a final product.

Below you may find some of the additional fixes:

Players will be able to try the update on the Test servers starting tomorrow, January 11.

Pornhub's Game Character Searches of 2017 Revealed, Overwatch and Pokemon at the Top of the List 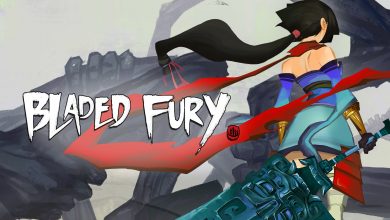