Few days ago, floorplans for E3 2018 were leaked via a ResetEra post by the user Rösti. But he pointed out that these plans are still in development and could change any moment.

Microsoft’s head of Xbox Marketing, Aaron Greenberg, clarified on Twitter yesterday that the leaked E3 2018 floorplans are not accurate and that they will have an extra large presence at the show.

“Maps circulating aren’t accurate. We’re pumped for @E3 2018 and will be there in a big way – at LACC and beyond. More details to come!”

We hope that we will hear more about the plans for E3 soon. We expect to see yet another authorized person from the company, where the person is most likely to share more information about the rumored new Fable game in development from Playground Studios, a press release on the upcoming Halo 6 and many more.

There are also talks circulating that a new Perfect Dark game is in development by Gears of War developer The Coalition. We can also see that Activision, Bethesda, Capcom and Square Enix have large booths, even though no one confirmed anything for release in the upcoming months.

Last week, the people who are organizing E3 shared some information about the upcoming trade show. The ticket prices and passes were announced. You can see some information in the following official statement from the company:

The Gamer passes will be available at $149 for the first 1k tickets which were sold instantly, and the next wave will cost $249. We suggest for you to register for a gamer pass before they are sold out.

For last, check out the E3 Exhibit Hall and Second Floor Meeting Room Access Hours here, and the list of the major video game industry and business partners here.

Hello, fellow readers! If you want to get in touch with us and participate in our discussion boards, make sure you visit our Forums. We are more than sure you will find something useful there, as most of the news are coming in there first. The forum is new, so be among the first ones to say Hello!
Tags
E3 2018 microsoft 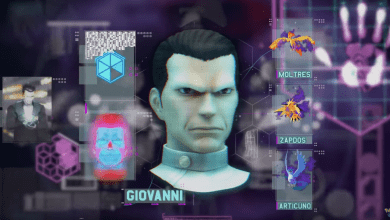