Update @ 15:19: Pokemon Go new update is now available for both Android 91.1 and iOS 1.61.1 systems. Here you can find the APK. Also, the reports show new feature, QUESTS. There is no additional info on how this feature will work yet, so as soon as I have something, you’ll be the first to know!

Previous Story: Pokemon Go players who are using an Android system will receive a new update version 0.91.1 that will make changes to some features and function, as well as bug fixes and performance updates.

Pokemon Go is still on v0.89.1, but players are reporting a new, “silent” update 91.1. This has been confirmed by many players and here are the changes with this update:

And here is the proof: 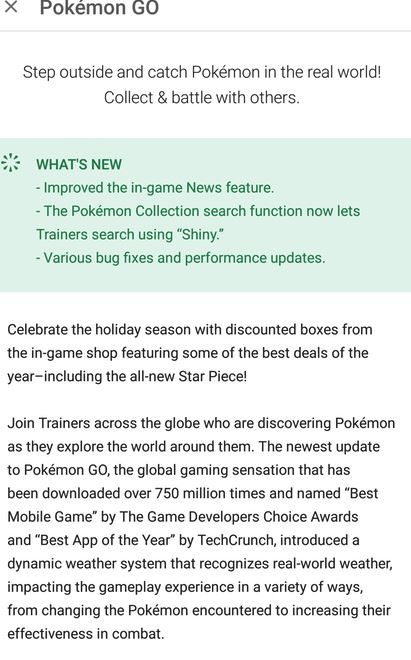 Just three days ago, on February 2, a data miner who goes by the name of Chrales, has informed us about the changes in the Game_Master file, two new Pokemon – Castform and Deoxys, the news system and the shiny list filter.

There is no new APK appearing yet, and as soon as I have something new to add, I will keep you updated.

Adding These Raid Bosses In Pokemon Go Will Make Raid Battles More Fun To Play, Group Up Trainers And Take Them Down